Home
Other Information
Criminal Defense Articles
Searching a Car with a Warrant - OK If Person Detained?

Searching a Car with a Warrant - OK If Person Detained?

Under most circumstances of an arrest, police are able to validly search a vehicle because the vehicle is considered an area within the arrestee’s immediate control.  Officer safety and evidence preservation are implicated in such situations.  Such a search is usually limited to the passenger compartment.

This was a broadly interpreted power until 2009, when the U.S. Supreme Court ruled in Arizona v. Gant that certain Fourth Amendment privacy rights should limit the police officer’s rights to rummage through every purse, briefcase, or other containers within that space.  Arizona v. Gant (2009) 556 U.S. 332, 129 S.Ct. 1710; 173 L. Ed. 2d 485.  The Gant court limited the scope of the search to “evidence relevant to the crime of arrest.” 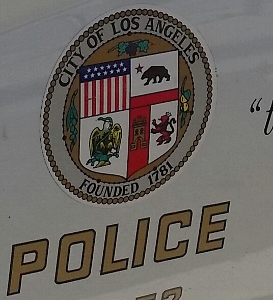 Officers ordered him out of the car.  Instead, he rolled down the window just about a half inch and remained in the car, staring forward.  Evans repeatedly asked why he had been stopped and officers repeatedly asked him to get out of the car (at least ten times the officers said).  The police officer then warned Evans that if he did not exit the vehicle, he would use pepper spray.

Evans continued to refuse to get out, so the officer used pepper spray, another officer broke the passenger side window and tasered Evans.  Evans then got out of the car and several officers immobilized him on the ground.

Officers then searched the car, finding $65 in cash and some empty sandwich bags.  The car was then taken to the police impound yard.

Police then did a background check on Evans and learned that he was previously on probation and had once been arrested (but not charged) with murder.  Police then went to the impound yard, and again without a warrant, searched the car, finding rock cocaine in the car’s air vent.

At the trial court level, Evans was charged with a violation of Health and Safety Code §§ 11352(a) (transportation of cocaine for sale) and 11351.5 (possession for sale), as well as misdemeanor resisting arrest (Penal Code § 148(a)(1)).  He promptly moved to suppress the rock cocaine evidence seized on the basis that the warrantless search of his vehicle violated the Fourth Amendment.

The trial court denied the motion, finding that the initial search of vehicle was valid as incident to an arrest and that the second search was based upon probable cause because sandwich baggies, a common drug container, were found in the first search.

The Second Appellate District disagreed.  First, it found that when the first search occurred, Evans had been tasered and detained already.  He did not have access to the car’s interior.  The second search was conducted while Evans was nowhere near the vehicle.

Second, the officers could not have justified the search as looking for evidence of Evans’ crime of arrest because he was arrested for interfering with a police investigation.

The Second Appellate District then reversed the judgment against Evans and remanded the case to the trial court with directions to set aside its order denying the motion to suppress.  The case could then proceed with the evidence suppressed, which for Evans, meant only the resisting arrest charge, a misdemeanor.

For more information about search and seizure issues, click on the following articles:
For case summaries of selected cases our firm has handled, click here.