Our client spent the evening drinking and playing pool with friends in Santa Monica at West Fourth and Jane on Fourth Street.  It was getting late and he became hungry because he did not eat dinner earlier.  He asked his friend if he was hungry as well and the two agreed to venture outside the bar to find a hamburger.

The Reader’s Digest Version:  Client ticketed for urinating in public in Santa Monica behind a bush on Fourth Street.  Case resolved at the Airport Courthouse for an infraction after the client performs sixteen hours of community service.

The two were walking down Fourth Street south toward Broadway, attempting to find a restaurant, when our client felt the urge to urinate.  He had drunk quite a few beers earlier. It was about midnight and quite a few of the restaurants were closed.  The bars all had cover charges of five or ten dollars, which our client refused to pay just to use a restroom and then leave.

Our client and his friend continued looking for a restroom and were becoming frustrated by their lack of success.  Finally, our client decided to simply duck behind a large bush and relieve himself. 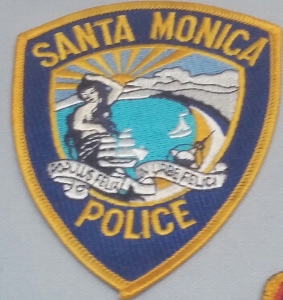 After he did so, he walked about ten feet before being approached by a City of Santa Monica police officer.  The officer accused our client of urinating into the bush and our client admitted he had done so, apologizing and asking if he would be arrested.  The officer said no, he would just receive a ticket, which he then wrote out, citing our client for a misdemeanor violation of City of Santa Monica Municipal Code § 5.08.110(O), “Urinating in Public.”  The police officer then explained that our client needed to sign the ticket as a promise to appear in court in about two months, or else be taken to jail.  The client signed the ticket.

The client was from the state of Washington, so he returned to home by airplane the next day.  Once there, he scoured the Internet about what penalties he faced and how to handle the ticket.

He then called Greg Hill & Associates and described the facts.  He advised Greg Hill that he had a prior conviction for DUI within the last ten years, which Greg noted as disqualifying our client for AB2124 diversion (Penal Code §§ 1001.94 to 1001.98).  The client also asked Greg about having to register as a sex offender, to which Greg responded this would be extremely unlikely given the facts.  After all, our client had not committed anything even remotely close to indecent exposure.  He had, after all, tried to hide himself by urinating behind a bush.

The prosecutor was favorably impressed with this, offering to reduce the charges to an infraction for disturbing the peace (Penal Code § 415(2)) if the client performed sixteen hours of community service.

Greg relayed the offer to the client, who agreed to the terms.  The client then did perform the sixteen hours of community service in Seattle.  He then provided Greg Hill with proof of having served the sixteen hours.

Greg then returned to the LAX Airport Courthouse about two months later, showing the Santa Monica City Attorney the proof of community service.  The prosecutor then amended the complaint to allege an infraction violation of Penal Code § 415(2), to which the client’s plea was entered.  The judge accepted the plea and ordered no fees or fines, which was great.

The client was very happy with reducing the offense to an infraction and avoiding any fines or even probation, as an infraction does not require even informal probation.