Home
Other Information
Criminal Defense Articles
What Punishment Do I Face for Public Urination? Jail Time?

What Punishment Do I Face for Public Urination? Jail Time?

Our office often is asked the above question from a potential client, usually one who was cited for public urination following an evening of alcohol consumption.  My answer is usually, “I apologize for sounding like a lawyer, but the answer is ‘it matters.”

Summary in 50 Words or Less:  Public urination is punishable as a misdemeanor, often under local municipal codes.  The maximum punishment varies by the city or county at issue, but if prosecuted under Penal Code § 372 as public nuisance, it is punishable by a maximum of six months in county jail and a $500 fine, plus penalties and assessments.  More commonly, however, probation is offered with no jail time, a plea to an amended charge as an infraction, or some form of diversion.

The reason that punishment varies is because public urination is often prosecuted under municipal code sections, rather than the Penal Code.  The municipal codes addressing the issue usually impose a fine of approximately $300.  Municipalities often have a keen interest in prohibiting such conduct in its business district near restaurants where the image of the city is important. 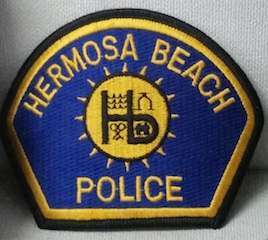 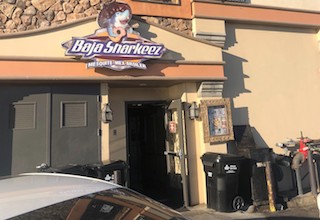 Baja Sharkeez
The punishment one faces depends upon the code section under which the charge is brought, but of all the above code sections, the maximum jail time is one year.  When the offense is a first-time offense and takes place in an alley way or a parking lot, as is most common, there is usually no jail time involved.
More commonly, the client will face a fine of $100 to $500, plus penalties and assessments, payable to the court.  The penalties and assessments boost the total payment amount by about three times.  The client may also be placed on informal, or summary probation for between one year and three years, depending upon the circumstances.  The client may also be required to perform community service of five to thirty days.

When alcohol is involved in the incident, it is wise for one to seek a dismissal by offering to have the client attend a certain number of Alcoholic Anonymous (AA) classes and, sometimes, perform community service or even community labor.  The client may offer to write an essay concerning why public urination is considered a crime.  The prosecution may then offer a dismissal or an amendment to the complaint to allege an infraction for violation of Penal Code § 415(2) (Disturbing the Peace by playing loud music), or even Penal Code § 602 (Trespassing).

An infraction is much preferred to a conviction for a misdemeanor because there is no probation associated with an infraction.  With an infraction, one simply pays a fine, with penalties and assessments to the court.  Usually, the total payment is about $550.

If one has a prior conviction for conduct that suggests public urination, one should expect the plea bargain offered to be far more burdensome.  Community service and fines will certainly be more than minimal.