This is true even in the most heinous of cases, when a misstatement of the law may be thought of as immaterial or harmless in light of overwhelming guilt.

In a Nutshell: When a prosecutor misstates the law in closing argument, i.e. in the following case concerning the presumption of innocence, the court must reverse the conviction.

The case of Ronald Cowan is one such recent case.  Cowan had a relationship with a woman named Keena.  After the relationship ended, Cowan continued to visit Keena’s family.  He paid particular attention to Keena’s younger brother, who was then eight years old.  He bought the eight-year-old gifts, clothes and took him on outings.  The eight-year-old and his friends stayed at Cowan’s house overnight.

When the eight-year old became a teenager, Cowan turned his attention to the teenager’s cousin, A.J., who was born in 2007.  Cowan would visit A.J. five days a week, for hours at a time.  He would bring him gifts and take him places.

When A.J. was three or four, he spent the night at Cowan’s house.  At about 11:30 p.m., Cowan called A.J.’s mom and said he was bringing the boy back, as he was crying.  When A.J. got home, he could not stop crying.  He kept touching his buttocks and saying it hurt. 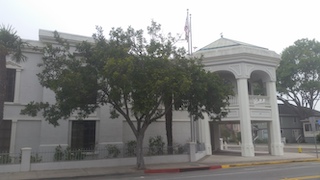 Appellate District Division 6 Ventura
In 2012, A.J.’s mom was incarcerated and lost custody of A.J.  A.J. was four and placed in foster care with C.C. (an adult).  C.C. immediately noticed that A.J. demonstrated sexualized behavior.  C.C. then met Cowan and began to suspect something was going on.  Cowan asked to visit with A.J. and take him on outings.

C.C. contacted the police immediately, who investigated and arrested Cowan on not only sodomy charges, but oral copulation charges and other charges as well.

During closing argument, on rebuttal, the prosecutor told the jury, “Let me tell you that the presumption of innocence is over.  Because that presumption is in place only when the charges are read.  But you have now heard all the evidence.  That presumption is gone.”  She went on to say that the burden of proof is something the jury should find easily satisfied, that Cowan’s guilt is as easy a decision as decisions people make “a hundred times a day.”

Cowan appealed his conviction to the Second Appellate Division, arguing that the prosecutor committed misconduct in closing argument by misstating the presumption of innocence and the burden of proof.  The Second Division denied the appeal, finding that it was harmless error.

Cowan then appealed this decision up to the California Supreme Court, which agreed with Cowan and directed the Second Appellate District to reconsider its opinion in light of People v. Centero (2014) 60 Cal.4th 659.

The Second Appellate District Court, heeding Centero, found it easy to grant Cowan’s appeal.  It commented that prosecutors must observe and respect the law.  They “should not rely upon harmless error as a safety net to ensure a conviction.  The integrity of our system of justice demands nothing less.”

As criminal defense attorneys, we must comment that most prosecutors are ethical and do respect the law.  However, there are a few, we are sorry to report, prize convictions above justice.  Such prosecutors would be well served to read this ruling concerning Ronald Cowan.