Home
Other Information
Criminal Defense Articles
May the DA Comment Upon My Sexual Orientation to the Jury?

May the DA Comment Upon My Sexual Orientation to the Jury?

Leticia Garcia was charged with one count of continuous sexual abuse of a child (Penal Code § 288.5(a)) named A.G. when A.G. was six to ten years old.  It was further alleged that Garcia engaged in “substantial sexual conduct,” which included forceful digital penetration of A.G.’s vagina.  Garcia allegedly had A.G., a minor, do the same to her.  Garcia would also have A.G. touch her breasts.

About This Article Briefly: A prosecutor may not comment upon defendant’s sexual orientation, even if it arguably supports a motive for a crime, in trial before a jury.

A.G.’s mother, Mary, had hired Garcia as a live-in babysitter, but Garcia also functioned as a maid for the whole family.

In 1985, Mary returned home from work and found Garcia and A.G. together in a bedroom.  It appeared to Maria that some type of sexual contact had taken place.  Garcia explained that she was merely “comforting” A.G. 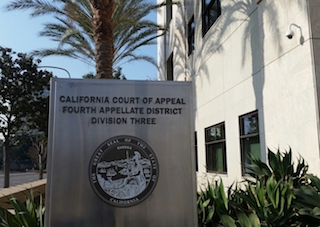 Court of Appeal 4th District Division 3 Orange County
Mary didn’t believe Garcia, so she called the police.  A.G. then told the police that Garcia had been sexually abusing her for a long time.  In fear, Garcia immediately left and police did not arrest her until 2011, twenty-six years later.  Because there was “substantial sexual conduct,” the statute of limitations did not help Garcia dismiss the case.
When trial started in 2012, A.G. was 28 years old.  She testified that Garcia said she would kill her if she told her parents.  She said the molestation took place every night and often, Garcia would use force.  Garcia testified at trial, denying that she ever touched A.G. in an inappropriate manner.

Before trial, defense counsel filed a motion to get an order from the court that no witness could talk about Maria’s sexual orientation (she was a lesbian) because it was irrelevant and unduly prejudicial under Evidence Code § 352.  Defense counsel also moved to exclude her booking photo because “it looks like a man in a polo shirt.”  The prosecutor opposed the motion, saying Maria touched A.G. for a sexual purpose and that her sexual orientation helped explain her motive, which was her own sexual gratification.

The trial judge initially agreed with defense counsel that Maria’s sexual orientation was not germane to the case.  The prosecutor disagreed, saying that proof or evidence of Maria’s sexual preference would be relevant toward suggesting it was more likely that she committed the acts because it is “woman on woman.”  If Maria were heterosexual, it would less likely that she committed the acts for her sexual gratification because she would not be sexually attracted to A.G.

The judge then ruled that the booking, photo was admissible and warned the prosecutor not to “go nuts” and claim that her photo shows “subliminal monstrous things.”

At trial, Maria (A.G.’s mom) testified.  She admitted to defense counsel that she did not like Garcia because Garcia would sometimes enter the bathroom without knocking while Maria was taking a shower.  Maria also said that Garcia was always looking at her body.  The prosecutor then asked if she thought Garcia was a lesbian.  Before Maria answered, defense counsel for Garcia objected, “Relevance, speculation.”  The judge sustained the objection.

Later in the trial, defense counsel moved for a mistrial, arguing that the prosecutor violated the court’s order by asking Maria if she thought Garcia was a lesbian.  The court denied the motion.

Later in the trial, Maria’s sister took the stand.  The prosecutor asked her if she had ever seen Garcia with a boyfriend.  Defense counsel again objected, “relevance.”  The court over ruled the objection and sister said no.

In her closing argument, the prosecutor pushed the issue even further, perhaps emboldened by the judge’s two enabling rulings in this regard.  The prosecutor urged the jury to consider Garcia’s sexual orientation in deciding the truth of the charges.  “Is Garcia attracted to women? Okay? She has the motive.”  At this point the defense attorney again moved for a mistrial and the judge denied it.

The jury found Garcia guilty of continuous sexual abuse of a child and found true the allegation that she engaged in substantial sexual conduct.  The court sentenced her to 16 years in state prison.

Garcia appealed the verdict to the Fourth Appellate District arguing that the trial court erred in denying her requests for a mistrial.

The Fourth Appellate District began its analysis by stating the law on mistrial.  “A motion for mistrial should only be granted when defendant’s chances of receiving a fair trial have been irretrievably damaged.” People v. Ayala (2000) 23 Cal. 4th 225, 282.

The prosecution opposed the appeal by noting that California courts have “long recognized” that a defendant’s sexual attraction to adults of the same sex has nothing to do with whether they are sexually attracted to children of the same sex.” People v. Giari (1956) 145 Cal. App.2d 539.  Moreover, the modern understanding of pedophilia is that it often exists wholly independently from homosexuality.”  The existence or absence of one neither establishes nor disapproves the other.” State v. Crotts (Ohio 2004) 820 N.E. 2d. 302, 306.

The appellate court noted that the trial court did the correct thing in admonishing the jurors to disregard the issue of appellant’s sexual orientation.

The prosecutor, however, told the jurors in her closing argument that Garcia’s sexual orientation was relevant to the issue of motive.  And then in the standard jury instructions, the court informed jurors that they could consider the issue of motive in deciding the truth of the charges (CAL Crim No. 370).

The appellate court found that is conduct by the prosecutor violated the juror’s application of the judge’s earlier admonition.  The appellate court then cited to People v. Cook (2006) 39 Cal. 4th 566, 608, which states “misconduct which undermines a defendant’s federal constitutional rights requires reversal unless it is harmless beyond a reasonable doubt.”  It was not harmless beyond a reasonable doubt, the court found, so the judgment was reversed.
The citation for the Fourth Appellate District Court ruling discussed above is People v. Leticia Garcia (4th App. Dist., 2014) 229 Cal.App.4th 302.
For more information about the issues in this case, click on the following articles:
Contact us.