Dismissal When Police and Prosecutor Fail to Preserve Video

The Due Process Clause of the United States Constitution obligates the prosecution to disclose and retain evidence. Brady v. Maryland (1963) 373 U.S. 83; California v. Trombetta (1984) 467 U.S. 479; and Arizona v. Youngblood (1988) 488 U.S. 51.  This evidence includes exculpatory evidence, meaning evidence that would help the defendant exonerate himself of the charges or show defendant’s reduced role in the crime.

When the prosecution destroys or refuses to share such evidence, there is a due process violation regardless of the good faith or bad faith of the prosecution. Brady, supra, p. 87.

Such evidence must be disclosed if it is “material, that is, if there is a reasonable probability the evidence might have altered the outcome of the trial.” United States v. Bagley (1985) 473 U.S. 667, 682.

The duty to retain evidence is distinguishable from the duty to disclose.  In Trombetta, supra, for example, the police did not preserve the breath sample of a DUI driver.  The defendant argued that the state had a duty to retain the sample.  The court, however, found that the officers were acting in good faith and according to normal procedures in not retaining the sample.  The court implied that it must see evidence of bad faith by the police in failing to retain the evidence, i.e., destroying it when they know of its exculpatory value, for the court to dismiss the case. 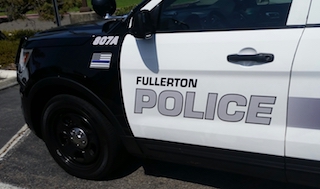 Fullerton PD Cruiser
Youngblood, supra, went further.  It was a sexual assault case.  In Youngblood, the state had failed to maintain fluid samples from the victim’s clothing and body.  Unlike in Trombetta where the breath sample was destroyed after testing was complete, in Youngblood the fluid samples were destroyed before testing was done.  Moreover, by the time the police tried to test the victims clothing, they could not because the clothing had seen improperly refrigerated.

In Youngblood, as in many sex cases, the defendant argued that he was not involved.  He claimed the police arrested him based on mistaken identity.  The testing of the clothes and fluids would have exonerated him.  Defendant was then convicted and appealed.  The U.S. Supreme Court looked at the case and refused to overturn the conviction, holding that defendant must show bad faith of the police to show a due process violation based on a breach of the duty to retain.

In other words, if the evidence is only “potentially exculpatory,” a defendant must show bad faith by the police to have the court dismiss a case.

With this framework in mind, the recent Fullerton case of Daniel Alvarez is worth knowing.  Mr. Alvarez and two of his friends were at a bar in downtown Fullerton in October 2012.  According to Jose C., he and a friend left a bar called Revolution.  As the two walked through a parking lot, five Hispanic youths surrounded him and snatched a gold chain from his neck.  The gold chain was worth $3,200.

According to Jose C., the Hispanic youths then taunted Jose and asked him, “well, what are you going to do about it?”

Jose then followed the robbers and flagged down a marked police vehicle.  Jose then pointed out the youths to the police, who arrested the youths.  The gold chain was found about fifty feet away.

When being arrested, Alvarez denied any involvement in the robbery and told police to get the video evidence that existed in the area.  He told this to several police officers.

Alvarez and the three other youths were then charged with felony armed robbery, Penal Code § 211, as well as Penal Code § 212.5(a), which included allegations of prior convictions as to one defendant.  At the preliminary hearing, Alvarez’s attorney asked Detective Wren if he reviewed the video evidence that Alvarez told him would show Alvarez was not involved.

Wren answered, “no,” but added, “if I had video cameras of what took place, that’s part of my job.  My job is not to arrest people if they are not guilty of something.”

Alvarez claimed there were nine video cameras covering the events of the robbery.  However, Wren admitted that he took no steps to review even one video.

All the defendants were then held to answer on the complaint.  Alvarez’s attorney then filed a motion to dismiss, alleging that the police had evidence that allowed the case to be dismissed, but allowed it to be destroyed.  The motion alleged that of the nine security cameras, the Fullerton Police Department maintained at least two cameras, but that the police made no effort to look at or preserve this evidence.

The prosecution opposed the motion, arguing that to have the case dismissed, Alvarez needed to allege bad faith of the officers and he did not.

At the hearing on the motion, a police expert confirmed that the Fullerton Police Department maintained nine cameras in the area, which were recorded to a server at city hall.  One of the cameras directly covered the east area of the parking lot where the crime occurred.  The camera footage was retained for just two and a half weeks and then destroyed.

One of the officers present at the arrest was Officer MacShane.  MacShane was aware of the video cameras and Alvarez asked MacShane to review them.  Mac Shane, however, never did so.  He knew he could request video from the watch commander.

The trial court held that under Trombetta, the duty to disclose, if violated, is not a due process violation unless the police or prosecutor acted in bad faith.  The court paraphrased Officer Sirin, who said “it was not a good thing” that no officer requested video footage of the scene.  He also noted that Alvarez had pointedly asked Officer Wren, the senior officer at the scene, for him to review the video footage.  Wren agreed that it was part of his job to review the video.  Wren even told Alvarez, reassuring him as to the video, “don’t worry.  This is my responsibility.”  Then he did nothing.  With that, the judge granted the motion to dismiss.

The prosecution then appealed to the Fourth Appellate District.  In People v. Daniel Alvarez (2014 DJDAR 12576), the court affirmed as to Alvarez.  It agreed that it was “very troubling” that Officer Sirin never received a request for video from the night of the accident.  The appellate court also quoted the trial court’s comment, “I’m perplexed by this… Wren goes out of his way to tell Alvarez, ‘don’t worry.  This is my responsibility,’ but then did not check the video and it was destroyed.”

The court concluded its ruling by quoting Judge Kozimski, a respected Ninth Circuit judge, who said, “There is an epidemic of Brady violations abroad in the land.  Only judges can put a stop to it.”  The Fourth Appellate District agreed, saying, “Perhaps the same is true of Trombetta and Youngblood; what is so disturbing about unretained or destroyed evidence is that we can never truly know what was lost.  While judges must act as qualify control to remedy constitutional errors, it is ultimately up to police and prosecutors to stop the failure to retain evidence or its bad faith destruction.”
The citation for the Fourth Appellate District Court ruling discussed above is People v. Daniel Alvarez, Jr. (4th App. Dist., 2014) 229 Cal.App.4th 761, 176 Cal. Rptr. 3d. 890.
For more information about the issues in this case, click on the following articles:
Contact us.