If the Government Destroys Evidence, Is Dismissal Mandatory?

It is a constitutional due rights violation when the government acts in bad faith destroying evidence that the defendant is unable to replace with comparable evidence.  When the government does this before trial, a court may dismiss the case.

In a Nutshell:  When the government destroys key evidence of a crime in a federal case, dismissal of charge not mandatory.

Sivilla’s counsel argued the failure to preserve evidence was not negligent, but intentional.

A little background of the facts suggests why.  Mr. Sivilla lived in Tijuana.  He owned a small store that sold, among other things, perfume.  A few days each week, he would cross into California to buy various perfumes.  In doing so, he would use his Jeep Cherokee.

On June 2, 2010, he lent his Jeep to his sister-in-law’s long-term boyfriend, Josue.  Josue used the Jeep for just a couple hours and returned it to Sivilla. 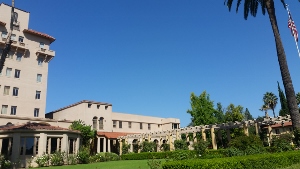 U.S. Ninth Circuit Court of Appeals Pasadena
Two days later, Sivilla was again crossing the border into California to buy perfume.  When he crossed the border, border agents noticed that the engine manifold appeared to be hand cut.  They then disassembled the manifold and found $160,000 worth of cocaine and heroin hidden in the manifold.  Sivilla was arrested.  He claimed he did not know the drugs were inside his Jeep.
One month later, Josue was shot dead by unknown persons.

Sivilla’s defense was that Josue had modified the Jeep and placed the drugs in his Jeep when he borrowed it.  Sivilla theorized that Josue had planned to steal the Jeep once Sivilla drove into the U.S., or have someone else do it.  When Josue was killed, this suggested his co-conspirators were punishing him for failing to deliver the drugs.

Five days after Sivilla’s arrest, but-before Josue was shot dead- Sivilla’s lawyer wrote the government, asking that the Jeep be preserved as evidence, in order to get a judge’s order that the Jeep be available for examination.  On September 21, 2010 the judge signed the order.

Four days later, the case agent sent an e-mail to the facility keeping the Jeep, telling the facility of the court’s order.

Two months later, the Jeep was deemed forfeited and sold by an auction wholesaler.  The Jeep was then stripped for parts.

Sivilla’s counsel asked for the judge to dismiss the case for his loss of evidence.  His counsel argued that a skilled mechanic could have inspected the vehicle and estimated how long the drugs were in the car.  The same mechanic could have testified how long it would take to modify the manifold and whether the drugs could be removed quickly from the manifold, i.e. while the car was parked on a city street or if a hydraulic lift were necessary.

The trial court denied the motion.  Sivilla appealed to the United States Court of Appeals for the Ninth Circuit.

In United States v. Victor Hugo Sivilla (2013 DJDAR 5854), the appellate court affirmed, saying Sivilla had failed to establish bad faith by the government.  However, the court of appeals ordered the trial court to include a jury instruction at trial which advised the jury that it could consider the loss of evidence and that the defendant wanted to inspect the vehicle to rebut the government’s contention that Sivilla knew about the drugs in the engine manifold.

While this order was certainly not the dismissal Sivilla wanted, it at least preserved the issue in a sense that the jury could consider the lack of a defense argument as being the prosecution’s fault, which could very well raise the reasonable doubt needed for a defense verdict.
The citation for the U.S. Ninth Circuit Court of Appeals ruling discussed above is United States v. Victor Hugo Sivilla (9th Cir., 2013) 714 F.3d 1168.
For more information about being deprived of evidence, click on the following articles:
Contact Greg Hill & Associates