Restitution hearings in criminal courts are governed by a preponderance of the evidence standard.  Therefore, most prosecutors and even defense attorneys pay little attention to the amount of restitution, causation or the authenticity of documents purposing to show the restitution amount.  Unfortunately, or fortunately for some, this is almost common practice.

Without All the Details, What Happened? Restitution Order for Defendant to Pay $425,655 in Medical Expenses to Victim of Hit and Run Is Improper Because Defendant Did Not Admit Causation.

This seemingly casual approach is often uncorrected because many victims fail to appear in court to testify at a restitution hearing.  Thus, prosecutors avoid a rigorous hearing.  Their sleep walking thus continues, enabled some may say.

A good defense attorney recognizes this situation.  The case of Dennis Terry Martinez exemplifies this.

Mr. Martinez pled guilty to leaving the scene of an accident, in violation of Vehicle Code § 20001(a).  He was sentenced to three years in state prison, but the judge reserved jurisdiction on the issue of victim restitution.  After a contested restitution hearing, the court ordered victim restitution in the amount of $425,654.63. 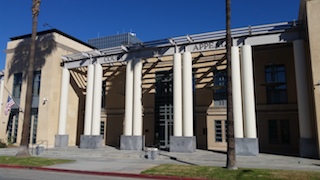 4th Appellate District Division 2 Riverside
Mr. Martinez appealed the award, arguing that the San Bernardino judge (Daniel Detienne) abused his discretion in awarding victim restitution because Martinez never pled to any criminal charge regarding the collision allegedly causing the injuries.  There also was no factual determination that he was responsible for the injuries of the victim.
A few facts of the case will help the reader understand why this issue was raised.  Mr. Martinez was driving a car and collided with a twelve year old boy riding a scooter.  Mr. Martinez stopped his vehicle.  The boy’s mother ran out of the house screaming and Martinez left.  He was on felony probation at the time and driving without a license.

The boy was taken to the Intensive Care Unit (ICU) at Loma Linda University Medical Center.  He had multiple broken facial bones and a serious brain injury.  He then stayed in the hospital for five weeks.  He was unable to walk without assistance for months.

Police quickly found and arrested Martinez.  Martinez then pled guilty to leaving the scene of an accident and nothing else.  A restitution hearing was conducted and the judge awarded $425,654.63 to the victim, based largely on medical bills presented at the hearing.

Mr. Martinez promptly appealed the award.  His appeal was filed in the Fourth Appellate District.  In People v. Dennis Terry Martinez (2014 DJDAR 7217), the court of appeal noted that Penal Code § 1202.4 governed victim restitution.  It stated that

It is the intent of the Legislative that a victim of crime who incurs an economic loss as a result of the commission of a crime shall receive restitution directly from a defendant convicted of that crime.

Moreover, the court noted that the “gravamen of a section 20001 [hit and run] offense is not the initial injury of the victim, but leaving the scene without presenting identification or rendering aid.  Thus, a plea of guilty to a hit-and run admits responsibility for leaving the scene, but not for causing injury.  Restitution is proper only to the extent that the victim’s injuries are caused or exacerbated by the offender’s leaving the scene.”  People v. Escobar (1991) 235 Cal. App.3d 1504, 1508.

In the case of Mr. Martinez, there was nothing in the court records that suggested the child’s injuries were caused or were exacerbated by Martinez’s leaving the scene.  Indeed, the very reason Martinez fled the scene was the fact that the victim’s mother was present at the scene and her hysteria amply demonstrated that she understood the gravity of the injuries, and the sense of urgency needed for treatment.