Can Restitution for Totaled Car Include Car Loan Interest?

T.C., a minor, stole a car and then rammed it into a curb in a high school parking lot, rendering it a total loss.  When police attempted to arrest him, he allegedly resisted arrest and injured a police dog that was being used to find him.

Why This Article Matters:  Restitution can include interest that the owner of a damaged car otherwise would have had to pay, although in the case summary below the issue was avoided because the juvenile challenging the restitution order was on DEJ.  However, the cited case of In re Johny M. implies interest is proper.

A plea bargain was entered into wherein T.C. was granted DEJ (“Delayed Entry of Judgment”).  As a condition of DEJ, he was required to pay restitution to the car owner of $12,936.62, which included $2,073.10 in interest that the owner had to pay on the car loan. 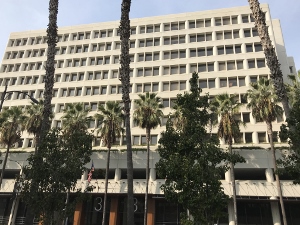 The Sixth Appellate District Court of Appeal first noted that an order granting DEJ is simply not appealable.  T.C. had argued that the order of restitution was separate and district from the grant of DEJ and therefore, he could appeal the restitution award.

The Sixth Appellate District responded by referencing Welfare and Institutions Code § 794, which explicitly states, “When a minor is permitted to participate in a deferred entry of judgment procedure; the minor may be… required to pay restitution to the victim or victims… “The court also notes that, “the right of appeal is statutory and… and a judgment or order is not appealable unless expressly made so by statute. “ People v. Mazurette (2001) 24 Cal. 4th 789, 792.

The Sixth Appellate District further noted , however, that the restitution order can be appealed if the minor fails to success fully complete DEJ or DEJ is lifted and judgment is entered (Welfare and Institutions Code § 791(a)(4)).

Such an option was obviously not pragmatic for T.C.  He obviously wanted dismissal of the case by entering into the DEJ plea bargain.  The payment of $2,073.10 is a small price to avoid a criminal conviction.

We think T.C. was attempting to be clever, but he was not clever enough to persuade the Sixth Appellate District.  T.C. even cited to In re Johny M. (2002) 100 Cal. App. 4th 1128, which affirmed a restitution order under similar circumstances.  The Sixth Appellate District, however, noted that the court in Johny M. did not address the threshold issue of whether a minor on DEJ could validly appeal a restitution order that was part of the DEJ order.  While Johny M. certainly implies such an order is appealable because otherwise there would not have been an appeal, Johnny M. not directly address this issue.

For example, our office recently filed a Motion to Suppress Evidence under Penal Code § 1538.5 in a DUI case in Long Beach.  The prosecution disputed the merits of our motion, but offered our client a plea to reckless driving (Vehicle Code § 23103 pursuant to § 23103.5), also known as a “wet reckless.”  Our client’s blood alcohol content (BAC) was 0.23% and 0.21%, or almost three times the legal limit.  Filing the motion was definitely worth it.

In T.C.’s case, he filed an appeal, not just a motion.  In our experience, an appeal usually is not nearly as effective as a motion because most appeals are difficult to win anyways.