Restitution: Is Some Factual Nexus to Conduct Enough?

In prior reported decisions concerning restitution that our website has summarized, we have often cited to Luis M. v. Superior Court (2014) 59 Cal.4th 300.  This case, which we believe was an appropriate way for courts to restore the balance between victim rights to be made whole with the reputation of our courts to remain fair, rational and credible.

Brief Synopsis: In restitution hearings, a judge can award restitution to a victim if some factual nexus is shown between the criminal conduct and the victim’s damages, which we think is a terrible standard.  We think the standard should instead mimic Penal Code § 1202.4, which states that restitution must be limited to economic damages (actually incurred) a result of a defendant’s conduct.

In Luis M., a juvenile in Lancaster sprawled graffiti in nine places.  At the restitution hearing in his case, a crime prevention officer used a five-year cost model to estimate the city’s annual graffiti abatement costs.  The model included labor and material costs for both investigation and removal of graffiti.  Luis M., at 304.  The officer concluded that the city’s average expense per graffiti incident was $431.32.  The officer then simplistically multiplied this cost times by the juvenile’s nine instances of graffiti and requested this amount.
The officer offered “no information about the actual abatement costs related to the minor’s conduct.”  Nonetheless, the judge ordered restitution in the amount the crime prevention officer sought.
Luis M. appealed and the Court of Appeal issued a writ vacating the order and the California Supreme Court affirmed.  The Supreme Court determined that the restitution award “was not based on sufficient evidence that the amount of claimed loss was a result of [the minor’s] conduct.”  Luis M., supra, 59 Cal.4th at p. 303.  It explained that the restitution statute in juvenile cases was parallel to Penal Code § 1202.4, the statute applicable to adult cases, by saying restitution is limited to “economic losses incurred as the result of the minor’s conduct” such as “the actual costs of repairing the property when repair is possible.”  Luis M. at 305. 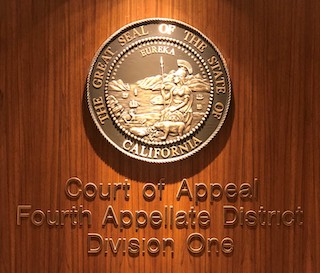 Fourth Appellate District Court of Appeal Division 1 San Diego
Prosecutors hate this case.  It means that in any restitution hearing, the victim must present actual costs related to damage caused by defendant.  Sometimes this is hard to do.  Many judges also bristle at the standard set by Luis M.
As a result, there have been a series of cases that seem to push back on the disciplined approach that Luis M. seems to require.
The Fourth Appellate Court decision of People v. Antonio Hurtado is a recent example that anyone facing a restitution hearing should be familiar with, if not read word for word.  The decision was issued on May 29, 2019 (People v. Antonio Hurtado (2019 DJDAR 4591)).
Hurtado appealed an order from the Superior Court of San Diego County that ordered him to pay $3,000 in restitution to the City of San Diego arising out of three counts of vandalism over $400 and four counts of vandalism over $400.
At the restitution hearing, the People submitted to the judge an estimated cost to the city of $3,112.02 based on its historical cost of abating graffiti at $3.39 per square foot based on its fiscal year graffiti calculation.  This sounded very similar to Luis M.  The People also submitted documentation that seemed to focus on the seven areas of damage specifically, but the judge then ordered $3,000, stating it was “not adhering to any mathematical formula,” but was simply determining whether the amount being requested by the City had some rational basis.”
In Hurtado’s appeal, he acknowledged that judges have “broad discretion in fixing the amount of restitution and they may use any rational method, provided it is reasonably calculated to make the victim whole.”  In re Dina V. (2007) 151 Cal.App.4th 486, 489.  Yet, he argued the trial court judge used an improper method according to Luis M. and In re Kyle T. (2017) 9 Cal.App.5th 707.
The appeal court then applied the abuse of discretion standard to review the trial court’s ruling.  It presumes the trial court order is correct.  People v. Santori (2015) 243 Cal.App.4th 122, 126.
In looking at the trial court’s ruling, the appellate court noted that the city submitted photographs of each incident of graffiti attributable to Hurtado, as well as evidence of the size of the square footage, the surface type on which each incident of graffiti occurred and the removal method.
As such, it found the trial court’s restitution order had “some factual nexus to the damage caused by” Hurtado’s conduct and did not violate Luis M.
We present this summary as something of a warning to anyone facing a restitution hearing, but also as help, as it shows what a victim ought to present in the least.  This quantum of evidence in Hurtado is often not presented in many restitution hearings we see.
The citation for the Fourth Appellate District Court ruling discussed above is People v. Antonio Hurtado (4th App.  Dist., 2019) 35 Cal.App.5th 871.
For more information about restitution, please click on the following articles:
Contact us.
Serving Torrance, Long Beach, Compton, Airport Courthouses and Other Courthouses.