Our client, a highly educated engineer, enjoyed a New Year’s Eve party with friends in Redondo Beach.  He enjoyed it so much that his blood alcohol content was measured at 0.30% after he rear-ended a car at a stop light in Redondo Beach.

No amount of academic achievement by our client, however, could prevent the impact of the crash from causing injuries to the lone occupant of the other car.  Airbags deployed.  The female occupant left the scene in an ambulance headed for the Little Company of Mary’s Emergency Room, where she would submit to x-rays of her neck and back.  Luckily, she had no fractures and it was just a severe strain to this area of her body. 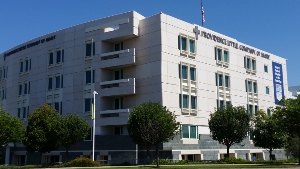 Little Company of Mary Hospital
It seemed as if the case easily could have been brought as a felony DUI, but it was not.  The Redondo Beach City Prosecutor continually reminded counsel of this, but ultimately resolved the case and the judge placed our client on three years of  informal, or summary, summary probation.

After a year of summary probation, the client had paid all court fees and fines, the booking fees ($145 then, to the City of Redondo Beach), the restitution to the victim (over $1,200) and attended a nine-month alcohol awareness class (the AB 1353 program).  He then came to Greg Hill & Associates to see if a motion to modify probation to end it was possible, as he had read about this on the Internet as possible.

Greg Hill candidly told the client that it was too early and he ought to wait at least until half the period of probation had passed.  Greg also recommended, due to his experience with the judge who would be hearing the motion and the rather severe nature of the DUI, that the client attend twenty additional AA meetings to help persuade the judge to end probation early.

The client did exactly as Greg recommended and Greg filed the motion to modify probation at the 18 month mark of the client’s probation.  The Redondo Beach City Prosecutor acted flabbergasted at the request, reminding the judge of the serious nature of the case (the high BAC and the injuries) and that the victim in the case was continuing to undergo medical treatment for her injuries (a neck sprain only) from the collision.

The judge denied the motion for early termination of probation, but hinted that he would reconsider the request at the two year mark and only if the client continued attending AA meetings.  The client did so exactly as suggested, accumulating 50 AA meetings to his credit.

Greg then refiled the motion, which was again met with stiff resistance from the Redondo Beach City Prosecutor.  She showed additional documents of the continuing medical treatment of the victim.  However, the judge granted the motion.  Probation was ordered terminated.
A subsequent Petition for Dismissal (expungement) was also granted, dismissing the complaint.  The Client was happy with this, as Greg has warned him that Penal Code §§ 1203.4(c)(1) and (c)(2) allows a judge to deny relief if one is convicted of certain offenses listed under Vehicle Code § 12810(a) to (e).  Vehicle Code § 12810(b) specifies Vehicle Code section 23152, misdemeanor DUI.  However, the judge apparently was not aware of this code section or chose not to follow it in our client’s case.  The otherwise hostile Redondo Beach City Prosecutor also was unaware of this, it seemed.
With this dismissal, he closed a chapter in his life that he certainly regretted, but had paid dearly for in his job.