It was a horrific scene that started out quite innocently.  Or so it seemed.  Our client’s wife had gone to Las Vegas with their daughters for a dance convention.  The husband, our client, suspected that his much younger wife was cheating on him and actually in Las Vegas with another man.  Our client and his wife had been married in an arranged marriage set up by the parents of the two.

When our client’s wife and daughters returned in the bus rented for the trip, he was there, waiting in the parking lot, grilling his kids with questions about what mom did all weekend.  The wife thought it was strange, but soon realized what his questions sought to find out.

Once back at the family’s home in Rancho Palos Verdes, he confronted his wife.  He raised the Koran in one hand and demanded that his wife tell him the truth about an affair.  When she denied any extramarital affair, he slapped her twice across her face and announced, “Now you will die.” 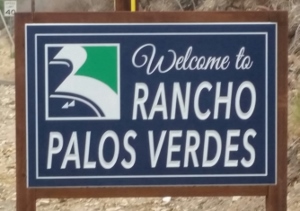 In front of his two horrified daughters, he then grabbed his wife by her ankles and dragged her through the house to the kitchen.  Once in the kitchen, he grabbed a large knife as if he was going to use it to slit his wife’s throat.

At this moment, the wife luckily wrestled the knife away from her husband and ran outside the house to the neighbor’s home, where she called the Lomita Sheriff’s Department.  The sheriff’s department came to the home immediately.

Our client, age 52 and with no record, posted bail and lived in a local hotel while the case was pending.

He was later charged in the Torrance Superior Court with felony criminal threats (Penal Code § 422), a strike, and felony domestic violence (Penal Code § 273.5).  Because the knife was used and there were great bodily injuries, the client faced a maximum of eight years in state prison if convicted.

The client then hired Greg Hill & Associates.  He insisted to Greg that the entire incident was just a giant misunderstanding and that he loved his wife, who he had been married to for sixteen years.  He explained that a great deal of the tension in the family was caused by his own mother, age 82, living with the family and constantly nagging him.

Greg Hill negotiated with a skeptical district attorney, who was respectful of the client due to his age, but also concerned that the abuse would continue.  She was concerned about not only the wife, but the couple’s two young children.

After weeks of negotiating, during which time the client began attending two approved batterers’ program classes per week, the district attorney finally agreed to a probation only sentence and no strike.

However, the plea bargain reached was nonetheless a tough one.  The client pled “No Contest” to a felony charge of domestic violence and the criminal threats count was dismissed.  The client received a five-year joint suspended sentence, wherein he was sentenced to five years in state prison, suspended and placed on formal probation.  He was ordered to five years of felony probation and ordered to attend fifty-two sessions of the batterer’s program, as well as to perform thirty days of community service.  Most importantly, the judge allowed the client to move back into his home, modifying the protective order to Level 2, or peaceful contact.

This was far better than serving time in custody, even if only county jail.  The client was permitted to continue working at a bank and supporting his family.