Our client had a history of mental illnesses, but was otherwise intelligent.  He was always picked on by other kids and teased for his small size.  His parents were separated and he was under the care of several mental health professionals.

One day, for reasons he could not explain later, he scribbled on a few yellow Post-It notes that there were ten bombs that would explode at the school and that if anyone tried to escape, he would gun them down.  He drew skulls and cross bones around the Post its.  He then drew stars around the message.  He then went to the boys restroom and stuck the Post Its on the bathroom wall.

At the time, all students were still in the classrooms.  When our client left the restroom, he immediately went to a classroom aide and told her there was something disturbing in the restroom.  The aide asked our client to show her what he was talking about, so he led her to the restroom and showed her the yellow Post Its. 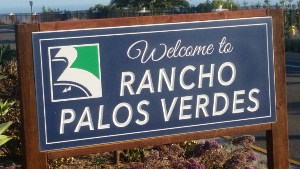 Yet with our client’s history of aberrant behavior at the school (he was in a special class for kids with learning disabilities) and the timing of the threat on 9-11, the principal was hesitant to just dismiss the situation.  He called the Lomita Sheriffs, who came to the school immediately.

The sheriffs spoke to our client outside the presence of our client’s parents, asking him about the threat and trying to assure themselves that the threats indeed were truly nothing more than mere words.

The sheriffs then transported our client to the Lomita Sheriffs station, where they asked him more questions, but eventually released him.

The client’s parents immediately called Greg Hill & Associates, speaking with Greg Hill.  Greg described the elements of a crime of criminal threats and how the juvenile court system works.  Greg predicted that the client’s parents would receive a letter from the Torrance Juvenile Probation Department to come to the office to discuss our client’s history and potential for probation, even before the arraignment in the Inglewood Juvenile Court.

The Torrance Probation Department indeed did contact our client’s parents and arranged a meeting.  Greg then spoke to the probation officer before the meeting, discussing the case in detail.

The meeting then took place at the probation department and the probation officer wrote a good report to the court, recommending our client for probation or even informal probation under Welfare & Institution Code (WIC) § 790.

The arraignment took place a few weeks later at the Inglewood Superior Court.  The case was assigned to one of the two commissioners there who was almost sympathetic of the situation.  Greg asked for the judge to order a pre plea report from the probation department, which it did order.  Greg also received a full copy of the police report.

Greg, the client and the client’s parents then returned to court about six weeks later to negotiate a disposition, if the terms could be accepted by our client, who was quite worried about being sent to camp.  The pre-plea report recommended probation under the WIC 790 program.

The district attorney offered a plea bargain wherein he accepted the recommendation of the probation department.  The client would be able to return to school and would only have to perform 50 hours of community service over the next year for a dismissal.  Both the client and his parents were very happy with the outcome.