Our client had a tough patch over the last ten years. She had two DUI’s in the last seven years and then was involved in a car accident while returning from a bar in Long Beach.

Brief Synopsis: Third-time DUI with an alleged hit & run fact pattern. We were able to preserve our client’s driving privileges by showing the breath test was not administered within three hours of our client last driving, making it legally irrelevant.

One night, she went out to a bar in Long Beach with her boyfriend. The two enjoyed an evening of drinks and dancing. The client then drove her boyfriend home and continued on to her home with her mom.

Before she reached home, she had to cross from northbound Western Avenue to westbound Palos Verdes Drive North. As she was crossing the intersection of these two streets, at about 11:50 p.m., she thought the left turn arrow on the traffic light facing her was green, so she turned left to head west on Palos Verdes Drive North. After she turned, however, she realized the approaching car had not stopped to yield to her and a collision was imminent. The two cars then collided.

The other car had four people in it. They lost sight of our client and called the police, claiming they were victims of a hit and run driver. Our client, however, was parked less than 100 feet away. Apparently, no one in the other car saw our client parked on the other side of the intersection.

The police arrived and, due to the driver and three passengers being quite upset by the situation, spent about twenty minutes just speaking to them. 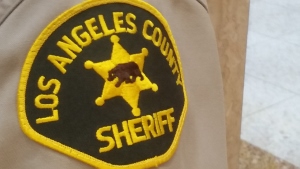 Another police car arrived and officers began taking measurements of the point of impact and sweeping up debris from the crash. Finally, our client came forward to present herself. She was very nervous, as she had been drinking and she had two prior DUI’s in the last seven years.

Police immediately began questioning her and administered field sobriety tests. She insisted upon a breath test at the station.

However, due to all the time consumed by police interviewing each of the occupants of the other car and delays in speaking to our client, our client did not submit to a breath test until 3:12 a.m., or more than three hours after the last time she drove.

At the DMV hearing, Greg Hill pointed this out, noting that the presumption provided for in Vehicle Code § 23152(b) did not apply. Under 23152(b), the blood alcohol content (BAC) measurement taken within three hours of a suspect’s last driving is presumed to be the blood alcohol content of the suspect when last driving for purposes of DUI. Here, that presumption did not apply because the measurement of our client’s BAC was taken about three hours and 20 minutes after our client last drove.

At the DMV hearing, the DMV attempted to disprove this. It subpoenaed the arresting officer and the driver of the other vehicle to testify about the time of the crash, but Greg was able to cross-examine each (over a two-day hearing) to the point where each admitted that they did not know what time the crash took place.

Greg also brought the client’s mom to the hearing, who testified that her daughter called her right after the crash at about midnight.

The DMV agreed with Greg about the time of the accident and reinstated our client’s driving privileges.

It was a very contentious DMV hearing, which made the victory more appreciated. The client was extremely happy because she had recently experienced a one-year license suspension from her second DUI, so she knew what it was like to live without the legal ability to drive.

For more information about being a third-time DUI, hit and run and DMV Hearings in general, click on the following articles: