Our client, age 28, was in Downtown Fullerton with a few friends from his college days at UCI, where our client earned a bachelor of science degree in civil engineering.

The client had no criminal history.

Condensed Version of This Case:  Client ticketed for public urination in the south area of downtown Fullerton.  Case dismissed in the interest of justice under Penal Code § 1385 after a civil compromise is reached under Penal Code §§ 1377 and 1378 when client makes $300 donation to the Fullerton Victim Witness Restitution Fund.

The group of three had kept in contact since college and this evening they went to the Blue Door Bar, which is south of the main downtown bar scene.

The group were planning on limiting themselves to two beers each, as they each drove there and planned on driving home.  For our client, still trying to gain a foothold in the engineering field, he needed to keep his record clean because he was working as the exclusive distributor for a Fortune 500 food distributor, but the job required none of his education gained at UCI.

The bar is a loud, fun place with cheap drinks, which the group appreciated.  After the trio had drank their limit of two beers, they wished each other well and promised each other to repeat the get together soon.  It was about 1:00 a.m.

Our client then headed back to his car, but decided to pee before the long drive home.  He went toward another bar nearby and considered going in, but the bouncers were still charging a cover charge to enter, so our client decided to look elsewhere.  He walked over near a coffee shop, knowing they would not charge a cover charge.  However, the coffee shop was closed.

Our client then decided to urinate behind the coffee shop, so he walked around the store and saw a dumpster that he believed he could pee behind and the dumpster would obstruct anyone’s view of him urinating.

As he was doing so, he looked up at the parking structure nearby and spotted a police officer looking down at him, urinating.  He thought he would avoid being ticketed by the officer since the officer was about three levels above.

However, just as he finished urinating, our client met face to face with another officer, who apparently was directed to the location by the police officer above.  Our client sheepishly admitted to the officer that he had been peeing and accepted his ticket, signing a promise to appear in the Fullerton Superior Court in about two months.

The client looked at his ticket more closely after he returned home and realized the citation was for a misdemeanor, a conviction for which he feared may negatively impact his goal of being employed as an engineer in the future.

He called Greg Hill & Associates the same day and spoke with Greg Hill about the ticket.  The client explained what had happened and his employment concerns.

Greg further explained that the compromise would be created by our client making a $300 contribution to the Fullerton Victim Witness Emergency Fund if the Fullerton City Attorney authorized such a contribution. 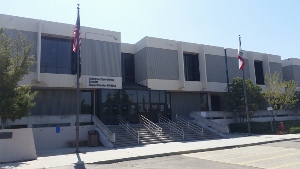 Fullerton Superior Courthouse
The client then retained Greg Hill & Associates and Greg appeared in court for the client’s arraignment.  At the arraignment, Greg discussed the case facts with the prosecutor and showed him our client’s resume, pay stub to show he was employed and a color photograph of our client’s civil engineering degree.  In other words, Greg was asking for leniency in resolving the case and the Fullerton City Attorney agreed, asking Greg if his client would like to civilly compromise the case via a $300 donation to the Victim Witness Emergency Fund.

Greg responded in the affirmative and immediately made the donation.

Greg then returned to the courtroom and showed the prosecutor, who then advised the judge that a civil compromise had been reached and he asked the judge to dismiss the case in the interest of justice under Penal Code § 1385.  The judge agreed and dismissed the case.

Our client was overjoyed at having the case dismissed, just as Greg had explained he hoped to do.  The client’s criminal record remained free of any convictions, so he was happy.