Our client, age 28, was on probation for DUI out of Orange County when he went out for a few drinks with a friend in the downtown Hermosa Beach Pier Plaza area.  Our client was from Orange County, so he was curious to see what the Hermosa Beach nightlife was like.
After a few drinks, a few very strong Long Island Ice Teas in particular, our client lost contact with his friend.
The plan was to go have dinner and then a few drinks, return to the friend’s house, sleep the night, and play volleyball on the beach the following day.  Our client’s friend rented a house in Hermosa Beach with a few others.
It soon became 2:00 a.m. and the bars were closing.  Our client and his friend were still separated.  The friend was not responding to texts or phone calls.
It was a Friday night, so the bars were lively and it was easy to stay out until 2:00 a.m.  In fact, our client remained at the same bar, Baja Sharkeez, where he last was with his friend because he hoped his friend would return there retracing his steps to find our client. 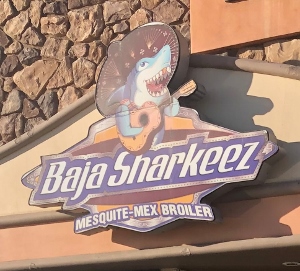 Baja Sharkeez
Eventually, however, the bar asked everyone to leave and our client headed back to his friend’s house.  He walked several blocks south along Hermosa Avenue towards his friend’s house, but he did not have the address.
So he knocked on a few doors, hoping his friend would answer or one of his roommates would let him in.
According to the police report, our client entered one house because the front door was unlocked.  Our client realized it was the wrong house because a dog rushed at him and so he left the house, quite surprised.
The homeowner with the dog called the Hermosa Beach Police Department, who dispatched two officers to the area.  They quickly found our client by the clothing he was wearing that matched the description given by the homeowner.
The client was then arrested on charges of Penal Code § 647(f), public intoxication, not trespassing or attempted residential burglary as our office has seen in the past.  The client then was booked and spent the evening in the jail with a dozen or so other folks arrested over the course of the evening.
The client then contacted Greg Hill & Associates about his arrest.  He was worried that the arrest for public intoxication may trigger a probation violation in Orange County.  He explained the events that took place over the evening.
Greg listened and explained that the public intoxication charge indeed may cause the Orange County District Attorney’s Office to find a probation violation, as Greg had represented other clients with possible violations of probation in Orange County.  Greg also explained how he hoped to resolve the public intoxication charge from Hermosa Beach as a trespassing or disturbing the peace for the client to avoid such a probation violation.
Greg recommended that the client attend ten Alcoholics Anonymous (AA) classes prior to the arraignment and give Greg a photocopy of the AA sign-in sheet to show the Redondo Beach City Prosecutor handling the case in Torrance.  Greg explained that the Redondo Beach City Prosecutor’s Office prosecuted the majority of the misdemeanor matters in Hermosa Beach now that the Hermosa Beach City Prosecutor’s office closed about five years earlier.
Greg then went to the Torrance Superior Court on the client’s behalf for the arraignment.  The client remained at work (he worked as an engineer in Orange County).
Greg discussed the case with the Redondo Beach City Prosecutor and showed her the client’s proof of attending ten AA meetings prior to the arraignment.
The Redondo Beach City Prosecutor mentioned that the client was on probation for a DUI out of Orange County, which Greg anticipated she would.  Greg therefore proposed that the case be resolved as trespassing as an infraction because the client really did not meet the definition of public intoxication.  He was not, due to his intoxication, obstructing a public thoroughfare and he was not so intoxicated as to be unable to care for his own well-being.
The City Prosecutor agreed that public intoxication may not be the correct charge, but she was unwilling to reduce the charge to trespassing as an infraction.  Instead, she proposed amending the complaint to allege misdemeanor disturbing the peace, Penal Code § 415(2) (“disturbing the peace of another by making a loud noise”).
Greg then discussed the proposed plea bargain with the client and came back to court about four weeks later to accept the offer of a 415(2).  The client was placed on two years of informal, or summary probation and required to stay away from the house he entered, as well as pay the Hermosa Beach booking fee of $358.  The client was happy with the resolution and pleased that the case was resolved without a charge that suggested alcohol was involved, decreasing his chances of a probation violation in Orange County.
For more information about public intoxication issues, please click on the following articles:
Contact us.
Serving Torrance, Long Beach, Compton, Airport Courthouses and Other Courthouses.