Our client, age 20, was not a U.S. citizen.  He was hoping to become a U.S. citizen through the Delayed Action for Childhood Arrivals Act (DACA).  He was employed at a well-known, major South Bay employer, but aspired to join the U.S. military one day.
The client was driving northbound on Long Beach Boulevard at about 7:30 p.m. when he spotted a woman along the side of the street.  He pulled to the curb and rolled down his window.  He then spoke to her, unbeknownst to him that she was a police decoy, who asked him what he wanted.  A brief chat ensued in which he asked for sex and the decoy specified a price.  The client then, by nodding his head only, agreed to pay her this amount.  Nothing was said in agreement.
She then directed the client to move his car away from Long Beach Boulevard, down Bullis Road nearby, to meet her there in a more discreet location.  He agreed and moved forward, turning the corner.  However, before he could stop his car to wait for the decoy, the police pulled him over and he was arrested.  He was then taken to the Compton police station by another police officer. 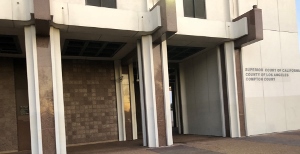 Our client was extremely nervous because he was not a U.S. citizen.  He feared that he would be subject to deportation proceedings immediately and that a representative from Immigration and Customs Enforcement (ICE) would pick him up from the Compton police station.
Nothing of the sort took place.  Instead, the police looked through his wallet and saw he had $60, the fee he had agreed upon with the decoy.  They also found that he had a condom in a small package.  The client otherwise remained silent and did not confess to seeking sex with the decoy.
Our client was greatly relieved when police asked him to sign a citation with a promise to appear in the Compton Courthouse in about two months.  They then allowed him to leave, which meant being picked up by his father at the police station.
Once he realized what the citation was for and the punishment he faced, he began calling criminal defense attorneys.  He called several, ultimately retaining Greg Hill & Associates.  He described what had happened to Greg Hill and explained his immigration concerns, as well as his career ambitions.
Greg then wrote letters to the Compton Police Department and the Compton District Attorney’s Office requesting the police report, any videos of the arrest, the audio recording of our client speaking with the decoy, the dispatch report, any photographs that existed and any supplemental reports.  The letters further explained that our client never orally agreed upon exchanging money for sex.  Police could check any recording they had of the interaction between him and the decoy.  Therefore, the arrest was a mistake and the filing of a criminal complaint would only exacerbate the injustice.  Lastly, the letters enclosed a copy of the signed retainer agreement (redacted in certain areas) so the letter’s recipient knew that the client had valued his criminal case as important enough to him to seek out qualified, experienced counsel.
Neither the Compton Police Department nor the District Attorney’s office responded to Greg’s letters.  However, when Greg arrived for the arraignment, without the client, he found no listing for the client in the master listing of all criminal cases on calendar for the day.
Greg thus went up to the District Attorney’s office and double-checked on this with the DA’s office.  The DA’s office verified that the case had not been filed and was a DA reject.
The client was extremely happy and relieved with this news, which may have been due to the letters that Greg wrote the police and the DA’s office.
For more information about prostitution, please click on the following articles:
Contact us.