There is a fundamental due process right that our legislature has recognized in drafting Penal Code § 1054(f), which requires the prosecution to disclose the substance of an expert’s testimony, prior to the expert testifying, so the defense can adequately prepare a cross examination, so the jury resolves the case on the merits.  The intent behind 1054(f) is to protect against an expert taking the stand and offering testimony that is based on research, leaving defense counsel unable to cross-examine the expert in a meaningful way.  The expert could then be unimpeachable, although incorrect or even fabricating an opinion that would never be revealed for its flaws.

About This Article Briefly: A mistrial should be declared if the prosecution presents an expert witness at trial without disclosing, prior to the testimony, the gist of his expected testimony to the defense.

It is against this framework of our legal system that Michael Dwayne Hughes was prosecuted in San Bernardino Superior Court for three counts of second-degree murder arising out of a car accident wherein Mr. Hughes’ blood alcohol content was measured after at 0.13%.
At about 6:50 p.m. on January 18, 2013, Hughes left his work as a security guard at Razor USA (a scooter manufacturer).  He drove his Mercury Sable south on Riverside Drive.  At about the same time, a woman and two young girls drove a PT Cruiser north on Riverside Drive.
Just before 7:00 p.m., the two cars converged on the intersection of Riverside Drive and Placentia Avenue.  The woman began a left turn across the southbound lanes of Riverside Drive, but did not have enough time to cross.  Hughes braked and tried to avoid the PT Cruiser, but hit its right rear side, spinning the car and making it tip over.  All three people in the PT Cruiser died.
Colton police responded to the scene and noticed the odor of alcohol from Hughes.
Hughes had been previously convicted of driving under the influence of alcohol, so he was charged with second-degree murder on the theory that he knew the risk of driving while intoxicated but drove anyways.
The case went to trial, at which the critical issue was whether Hughes’ drinking was a substantial factor in causing the accident.  The police and highway patrol both concluded the deceased driver was the primary cause of the accident and their testimony suggested Hughes’ speed and drinking may have played a role, but the evidence suggested he was not driving at an unsafe speed and he responded appropriately in trying to avoid the collision.
After the jury heard that testimony, however, the prosecution called as an expert witness a second member of the highway patrol team which investigated the accident.  The expert disagreed with his colleagues and offered new expert testimony not previously disclosed to the defense in violation of Penal Code § 1054(f). 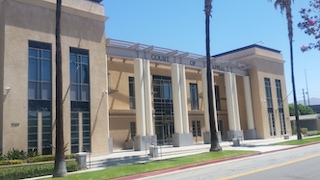 4th Appellate District Div 2 Riverside
This expert testified that the accident would not have occurred if Hughes had been driving at the speed limit and had not been intoxicated.
Although defense counsel objected to this testimony in a timely manner, the judge (J. David Mazurek) allowed the prosecution to proceed with the questioning and the defense had to cross-examine the expert with no preparation.
Hughes’ counsel then filed a motion for a mistrial, which the trial court denied, but attempted to remedy the discovery violation by instructing the jury that the prosecution had not disclosed the new evidence in a timely fashion and allowed the defense to recall the expert.  However, the expert’s testimony on causation was not impeached and Hughes was convicted of all three counts of second-degree murder.
The judge then sentenced him to three consecutive 15-year-to-life terms.
Hughes then appealed the judge’s ruling denying the mistrial.  The Fourth Appellate District agreed with Hughes and found the judge abused his discretion in failing to grant Hughes a mistrial.
In reversing the verdict, the appellate court commented that the trial court judge had the opportunity to salvage the trial by continuing it and allowing the defense to locate, prepare and seek the assistance of an expert to rebut the surprise prosecution expert on causation.  However, by failing to do so and allowing the prosecution to continue questioning the expert, the judge contributed to the unfair prejudice with no adequate remedy but a mistrial.
We present this summary as a reminder of what the parties must show the other prior to trial.  Trial is often rather chaotic just trying to coordinate witnesses and keeping the client informed, so the stronger one’s grasp of procedural requirements for trial, the less likely this chaos infects the trial itself.  Now, sadly we predict, Mr. Hughes will have to face a second trial and may be convicted.
The citation for the Fourth Appellate District Court ruling discussed above is People v. Michael Dewayne Hughes (4th App. Dist., 2020) 49 Cal. App. 5th 1003, 263 Cal. Rptr. 3d 534.
For more information about expert witnesses in general, please click on the following articles:
Contact us.
Serving Torrance, Long Beach, Compton, Airport Courthouses and Other Courthouses.