Probation Violation Can Lead to Seven Years in County Jail

In May of 2009, James Scott entered into a plea bargain in Monterey County, pleading no contest to a charge of violating Health and Safety Code § 11351.5 (possession of cocaine base for sale).  Mr. Scott had a prior drug-related conviction.  He was placed on three years of formal probation with a seven-year suspended prison sentence.  In other words, the sentence was not executed in May, 2009.

AB109’s purpose was to decrease California’s overcrowded prisons by housing certain defendants in county jail who would have received a prison term instead.  Certain defendants were not included in such a realignment of the prison population.  These are those defendants convicted of certain sex offenses and those who had a prior conviction for a serious or violent felony, also known as a “strike offense.” 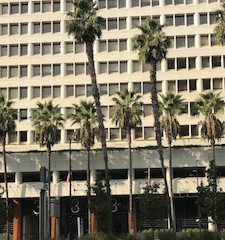 Court of Appeal Sixth Appellate District San Jose
On October 4, 2011, literally three days after AB109 became effective, the probation department filed a probation violation petition against Mr. Scott.  About a month later, Mr. Scott admitted the violation.
A further month later, the trial court revoked Mr. Scott’s probation and imposed a seven-year sentence in the Monterey Court Jail under Penal Code § 1170 (h), as amended by the Realignment Act.  The prosecution objected to sentencing Mr. Scott to the county jail, arguing that he should go to state prison instead because he was already sentenced.  The prosecution argued that the Realignment Act only applied to those sentenced after October 1, 2011 and since Mr. Scott was sentenced back in 2009, the Realignment Act did not apply.  The fact that imposition of the sentence was suspended did not change anything, the prosecution said.

The trial court disagreed with the prosecution, commenting that the crux of the sentence was not the location of custody, but whether to reinstate probation.  Moreover, the trial court said, there “were issues of equal protection under the law and defendant should get the benefits of any lesser penalty.”

The People appealed to the Sixth Appellate District, but in People v. James Russell Scott (2013 DJDAR 6608), the appellate court agreed with the trial court.

The Sixth Appellate Court began its analysis by stating that to construe a statue, it must “ascertain the legislative intent so as to effectuate the purpose of the law.” People v. Canty (2004) 32 Cal. 4th 1266, 1276.

In examining the legislative intent, the court found it significant that the Legislature hoped to house lower level criminals in county jail and reserve prison for those who the Penal Code classified as more dangerous.  This would cause the prison population to decrease and therefore ease prison overcrowding, which the U.S. Supreme Court had found was cruel and unusual punishment in California.  Since Mr. Scott’s crime was considered a lower level offense, the legislative intent would be to send him to county jail.

As to the prosecution argument that the sentence was pronounced in 2009, the appellate court pointed to People v. Clytus (2012) 209 Cal. App. 4th 1001, wherein when it was held that when a court executes a suspended sentence after October 1, 2011, it does not have discretion to send a defendant to state prison if he or she qualifies for county jail under the Realignment Act.

The Appellate Court refused to agree or disagree with the trial court’s equal protection analysis, commenting that the legislative intent analysis was determinative alone.

Thus, Mr. Scott’s sentence to county jail was affirmed, which should have pleased his family, as it would be easier to visit him in county jail than if he were sent to any one of the state’s nearly two dozen prisons spread out all over the state.