In our experience, it is quite common for someone on probation to violate the terms of probation, resulting in the judge revoking probation.  When this happens, our client faces punishment for violating probation, or if fortune smiles, probation is reinstated.

Summary in 50 Words or Less:  In the following interesting case, the appellate court found there was no probation violation after the probation period ended.  Earlier, a judge had revoked probation, but not for violating an affirmative requirement of probation.  Had the prosecution framed the case differently, there could have been a proper violation.

The probationary period is determined at the time the sentence is imposed after a plea or verdict.  The period can be, depending on the charges, one to five years.

Prosecutors, judges and defense attorneys are often confused by what happens after probation is revoked.  Penal Code § 1203.2(a) states, that the revocation of probation, “summary or otherwise [formal probation], shall serve to toll the running of the probationary period.”  To many people, this provision suggest that the originally imposed termination date of probation is extended to a new date, depending upon how long probation is revoked before being reinstated.

The case of Jose Leiva out of Los Angeles County provides answers to these issues of how revocation affects the termination of the probation period and when a court loses power over a person on probation. 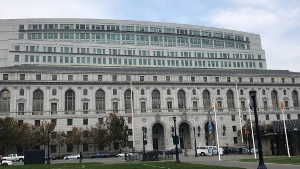 California Supreme Court San Francisco
On April 11, 2000, Jose Leiva entered into a plea bargain to three counts of auto burglary (Penal Code § 459).  After being arrested, he did not bail out.  He stayed in custody.  After his plea, he was placed on three years of formal probation, meaning it would normally end, if not terminated early, on April 11, 2003.
On the same day he entered his plea, Mr. Leiva was deported to El Salvador.  He therefore failed to report to his probation officer as ordered by the court.  The probation officer reported this to the judge, who set a probation violation hearing for September 21, 2001.  Mr. Leiva then failed to appear in court on September 21, 2001 and the judge revoked probation.  It then issued a bench warrant for his arrest.

No one in court knew that Leiva had been deported, including the probation department.

Seven years later, Leiva was back in the United States and was picked up on the bench warrant in a routine traffic stop.  He had illegally re-entered the U.S.

The same judge that issued the bench warrant then set a probation violation hearing for February 13, 2009.

Leiva appealed the order reinstating and extending probation.  He argued to the appellate court and then to the California Supreme Court that the trial court lacked authority to reinstate or terminate probation because his probationary term had expired three years after it began on April 11, 2000 and defendant had not willfully violated any condition of probation during those three years.

The California’s Supreme Court, in People v. Jose Leiva (2013 DJDAR 4506), agreed with Leiva.  The Supreme Court began its analysis by noting Penal Code § 1203.3(a) gives the trial court “at any time during the term of probation to revoke, modify or change its order of suspension of imposition or execution of sentence.”  This power includes the power to extend the term of probation (Ex Parte Sizelove (1910) 158 Cal. 493, 494).

It then noted, somewhat sarcastically, how the prosecution made mistakes, which if avoided, would have legitimized the trial court’s ruling.  For example, had the prosecution argued that Leiva failed to make restitution payments to the victims during the probationary period, the trial court could have found there was a violation of probation during the probationary period.  This finding would have been then allowed the court to reinstate probation and extend it as it did.

This decision is significant for our clients facing an outstanding bench warrant that has been lingering for many years, as in common.  When the original term of probation has expired, defense counsel must be careful in how he or she presents the case to have the warrant recalled without guiding the court toward having probation reinstated.
The citation for the California Supreme Court ruling discussed above is People v. Jose Leiva (2013) 56 Cal.4th 498.
For more information about probation violations, click on the following articles:
Contact Greg Hill & Associates
Serving Torrance, Long Beach, Compton, Airport Courthouses and Other Courthouses.