Prior Convictions Outside California - Effect Here?

In a Nutshell: Prior convictions outside California may be considered as prior “Strikes” under California’s Three Strikes Law, a prior serious felony, or a prior conviction for specific crimes (i.e., DUI, domestic violence, indecent exposure) for an enhanced sentence in California and in federal court in California.

It is not unusual for a client of ours to have a prior criminal history from another state.  The client usually asks first if California will know about this and second, will the other conviction count as a prior felony for sentencing enhancements, i.e. as a prior strike under California Three Strikes law or as a prior serious felony for a five-year sentencing enhancement, or as a prison prior.
The answer is quite depressing.  Unless specifically excluded by a statute particular to a certain crime, prior felony convictions include prior convictions from another state that were felonies of the other state, even if it would be classified as a misdemeanor in California. People v. Lang (1989) 49 Cal.3d 991, 1038.  This can come as a big shock to some of our clients.  Similar principles apply in U.S. federal criminal court.
An attorney therefore must be careful to understand the elements (statutory requirements) of the conviction in another state at the time of defendant’s prior conviction there.  See, e.g., People v. Rodriguez (2004) 122 Cal.App.4th 121, 130.  This means one must be aware that the elements of a crime in another state may have been different (from the elements now) years ago when the conviction was suffered.
For example, some out-of-state drunk driving and vehicular manslaughter convictions can be used as prior convictions for DUI or vehicular manslaughter in a later California-based DUI.  See Vehicle Code § 23626; see also People v. Palmer (2006) 142 Cal.App.4th 724 (Nevada priors apply in California, despite no right to jury trial, rejecting U.S. v. Tighe (9th Cir., 2001) 266 F.3d 1187); but see People v. Self (2012) 204 Cal.App.4th 1054, 1060 (record failed to qualify Arizona prior), People v. Crane (2006) 142 Cal.App.4th 425, 432 (Colorado prior was considered a prior for California because the same elements of DUI required in California were then required in Colorado). 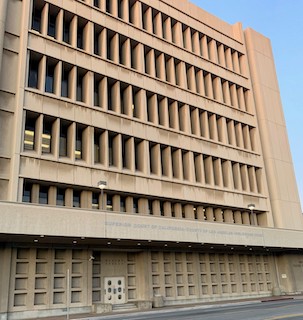