Prior Convictions – How Can They Affect a Current Case

Many of our clients seek to retain a private defense attorney such as our firm because they had a prior case with representation by a public defender.  The client may comment to us that the public defender did not help them as much as they expected.  Our conversation then moves onto what the prior conviction was for and the remainder of the client’s prior record.  The client may be generally aware that having a new case with a prior record can affect sentencing on the new case, but is otherwise not clear on exactly how it factors in.

Why This Article Matters: When a defense attorney asks about a client’s criminal history, we understand that it can be somewhat annoying.  However, there are legitimate, valid, and important reasons why such a history can be relevant, in many contexts, as this article explains. 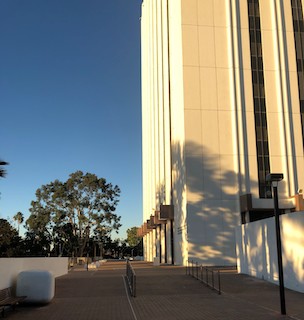 Compton Courthouse
It is not necessary that judgment be pronounced before the prior conviction be effective or that any appeal be complete.  People v. Rogers (2013) 57 Cal.4th 296, 344.
It is important to note for the reader two common misconceptions we encounter repeatedly in this regard.  First, a prior conviction stricken in the interest of justice at sentencing in a prior case (i.e. due to a granted Romero motion in the prior case) may still be used as an enhancement in a future case.  People v. Milosavljevic (1997) 56 Cal.App.811, 817.  We would note, however, that defense counsel should consider filing a Romero motion again in the current case.
Second, convictions that were “expunged” may qualify as priors in later prosecutions.  People v. Frawley (2000) 82 Cal.App.4th 784, 791; People v. Diaz (1996) 41 Cal.App.4th 1424, 1430.  This includes adjudications sealed under juvenile court proceedings under Welfare & Institutions § 1772.  People v. Pride (1992) 3 Cal.4th 195, 256; People v. Daniels (1996) 51 Cal.App.4th 520, 522; People v. Jacob (1985) 174 Cal.App.3d 1166, 1172.
Third, a prior felony conviction reduced to a misdemeanor under Penal Code § 17(b) qualifies as a felony only when permitted by the applicable sentencing statute in the open or current case.  People v. Park (2013) 56 Cal.4th 782, 794.  For example, a prior serious felony remains a prior serious felony under the Three Strikes law even if the conviction is later reduced to a misdemeanor under § 17(b).  Penal Code §§ 667(d)(1), 1170.12(b)(1) (Three Strikes law); People v. Park, supra.
Usually, however, a felony conviction reduced to a misdemeanor under § 17(b) cannot be used as a felony prior.  People v. Gilbreth (2007) 156 Cal.App.4th 53 (charge of felon with a firearm); People v. Camarillo (2000) 84 Cal.App.4th 1386, 1389 (DUI).  In this regard, we note for the reader that if one previously was on felony, or formal, probation and the judge granted a reduction in the probation from formal probation to summary probation at some point, this “counts” as reduction of the conviction to a misdemeanor.  People v. Glee (2000) 82 Cal.App.4th 99, 105.
Lastly, we note that some offenses involving marijuana may no longer qualify as priors as a result of Prop 64, the Adult Use of Marijuana Act.
For more information about prior convictions, please click on the following articles:
Contact us.
Serving Torrance, Long Beach, Compton, Airport Courthouses and Other Courthouses.