Can Prop 47 Remove an Enhancement & 5 Year Wash Out Period?

Under Penal Code § 17(b)(3), when a judge reduces a felony to a misdemeanor, the offense is then “a misdemeanor for all purposes.”  Were defendant to be later convicted of another crime, the reduced offense cannot be considered a felony anymore as a prior felony for a sentence enhancement under Penal Code § 667(a).  People v. Park (2013) 56 Cal.4th 782, at 788.
Does the same approach apply to a felony reduced to a misdemeanor under Prop 47?  After all, Proposition 47 similarly states, at Penal Code § 1170.18(k), that if a petition for resentencing or reclassification is granted, the offense of conviction thereafter “shall be considered a misdemeanor for all purposes,” except that a resentencing cannot allow the convict to recover his or her rights regarding firearms.
This question about Prop 47 was recently put to the test and answered in People v. Guy Barrett Warren at 2018 DJDAR 6475 on June 21, 2018 by the California Court of Appeal for the Fifth Circuit.

Why This Article Matters: Prop 47, if it reduces a felony to a misdemeanor, can render a prior prison sentence a misdemeanor for all purposes and thereby help someone, as this article exemplifies, avoid a “prison prior” within five years and consequently avoid the one year sentence enhancement formerly applicable under Penal Code § 667.5(b) (now no longer the law due to SB 136 in 2020).

Mr. Warren was arrested in 2015 and later charged in Kern County of being a felon in possession of a firearm (Penal Code § 29800(a)(1)), being a felon in possession of ammunition (Penal Code § 30305(a), and brandishing a firearm (Penal Code § 417(a)(2).  The complaint alleged nine prior convictions, including second-degree burglary in 2012.  All the priors were alleged for purposes of the one-year enhancement under Penal Code § 667.5(b).
This is where things got interesting.  For the 2012 second-degree burglary, Warren received a six-year prison sentence, but while still in prison, Prop 47 was passed.
Warren then applied for and received reduction of his second-degree burglary conviction to a misdemeanor under Prop 47.  He was then released from prison immediately. 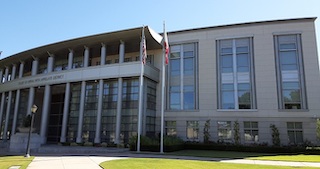