Summary in 40 Words or Less: The Department of Corrections and Rehabilitation, not the judge, decides how many days of pre-sentence custody credit a sex offender earned.  In the following case, the judge awarded no pre-sentence credit and the appellate court faulted his premature decision.

As is common in a case involving a long sentence after a long trial, defendant appeals the verdict and sentence on multiple grounds.
This was true in the case of People v. Manual Busane, originally a Van Nuys Superior Court case.  A jury convicted him of two counts of forcible lewd acts on a child (Penal Code § 288(b)(1)) and two counts of nonforcible lewd acts on a child (Penal Code § 288(a)).  The jury further found that Busane had committed his crimes against multiple victims (Penal Code § 667.51(b), (c)(4) & (8), (e)(4)) and that he had two prior strike convictions (Penal Code §§ 667(b)-(i), 1170.12(a)-(d)) and two prior serious felony convictions (Penal Code § 667.5(b))) and that he had served prior prison terms.
Judge Michael V. Jesic sentenced Busane to 116 years to life in prison.  At sentencing, he denied Busane’s motion to strike his two prior strike convictions under People v. Superior Court (Romero) (1996) 13 Cal.4th 497.  The judge commented that he considered it “unbelievable that [Busane] was [previously] sentenced to life in prison under the three strikes law and basically got a second chance of life outside prison . . . he was able to get another chance, and he just couldn’t do it.” 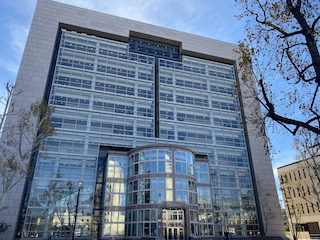