Protective Order OK If It Bars Contact with Non-Victims?

In a Nutshell:  Criminal Protective Order in Domestic Violence Case Is Improper When It Bars Father from Contacting His Kids, Who Were Not Victims in the Case.

The judge sentenced Delarosarauda to five years in state prison and one year in county jail.  The judge also issued a protective order as to Delarosarauda’s wife and her two children for ten years.  Defendant was ordered not to contact his wife or two children, except through defense counsel.

Delarosarauda appealed the conviction and sentence on multiple grounds.  One ground was that the judge’s protective order as to the children was improper.  This article will only address whether such an order was overboard, as Delarosarauda argued, as they were not victims of domestic violence.  At the trial court, the judge issued the order with the children on it because they were “collateral victims” by witnessing the incident at issue. 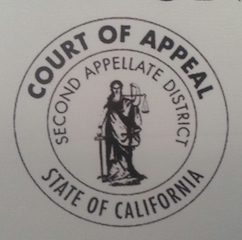 Court of Appeal Second Appellate District Los Angeles
The Second Appellate District, in People v. Carlos Reginald Delarosarauda (2014 DJDAR 7959), agreed with Delarosarauda.  It noted that Penal Code § 136.2(j)(1) permitted a judge to issue a restraining order in favor of the victim for up to ten years.  For purposes of subdivision (j)(1), a victim is defined as “any natural person with respect to whom there is reason to believe that any crime as defined under the laws of this state… is being or has been perpetrated or attempted to be perpetrated.”
The Second Appellate District Court then looked at the record and found there was no reason to believe any crime was being or had been perpetrated or attempted to be perpetrated against either of the victim’s two children, Jeffrey or Kiarah.  The victim, Jackline Baquedano, testified that Delarosarauda “never touched” the children and no evidence suggested he did.  At the time of the incident at issue, she testified, she thought the kids were in another room.

The District Attorney assigned to the case argued that Jeffrey and Kiara were “victims,” as they were members of Baquedano’s immediate family and were harmed by Delarosarauda’s conduct, as was allowed in People v. Clayburg (2012) 211 Cal. App 4th 86.

The Appellate Court disagreed with the District Attorney’s approach.  It pointed out that Clayburg involved a different type of offense, specifically stalking (Penal Code § 646.9).  Moreover, in Clayburg, the evidence discussed that the defendant stalked the named victim as well as the child, causing both to suffer emotional harm.

The appellate court further evaluated if the restraining order at issue could be valid under Penal Code § 273.5.  The court noted that the statute limited the scope of the order to the victim and did not define “victim” in any way that permitted a broader interpretation of the term to include children of the victim.  Moreover, the court noted that the victim had testified the children never witnessed the incident and the defendant never touched the children.

In short, neither Penal Code § 237.5(j) nor Penal Code § 136.2(i)(1) provided legal authority for the issuance of the protective order covering the children.

Therefore, the appellate court instructed the trial court to modify the protective order to remove Jeffrey and Kiara from the order.

We find this ruling a good lesson to defense attorneys handling domestic violence cases that involve stalking of other immediate family members.  We have found that the stalking allegations are often added with thin evidence.  As the case proceeds, negotiations may proceed so that a plea is entered to stalking, to the relief of defendant.

While avoiding a conviction for domestic violence maybe great, especially if the person is a gun owner, a conviction for stalking may have its own problems that cannot be over looked, as the Delarosarauda case exposes.  The defendant could face a restraining order lasting ten years that bars him or her from any contact with the children at a time in the children’s life when such contact from a parent is vital for the child’s emotional health later in life.
For more information about protective orders and restraining orders, click on the following articles:
Contact Greg Hill & Associates
Serving Torrance, Long Beach, Compton, Airport Courthouses and Other Courthouses.