Our client had the mental development of a nine year old.  He attended a special school for those with similar challenges.  His sister, age 13, was friends with another girl, also age 13.

Without All the Details, What Happened?:  18 Year Old client admits to having sexual intercourse and oral copulation from 13 year old; case resolved for violation of Penal Code § 2615(c) and 180 days county jail, no sex offender registration.

The friend of our client’s sister was five foot, seven inches tall and weighed close to 200 pounds.  She played football on the local high school’s JV team.  Aggression and being forceful was not something she lacked.

She set eyes upon our client when he was 17.  Our client was five foot, five inches tall and about 120 pounds.  She seduced him, admitting to the police that she took our client into a separate room, took off her clothes and then undressed our client, who was dumbfounded by what was happening.

She then detailed to the police exactly what she did with our client, including performing oral copulation and asking our client to perform sodomy of her.

Our client then turned 18 and became scared of the consequences of “dating” a 13 year old.  The dating included one date wherein the young lady bought our client a breakfast at McDonald's and they later walked around the local mall looking for a video game for our client.

Once our client turned 18, he told the 13 year old that he did not want to be her boyfriend.  Their conversations were documented through text messages.

However, the 13 year old girl did not want to let go of her trophy “boyfriend,” as she enjoyed bragging about her conquest at school.  Her bragging caught the attention of school administrators, who notified the police.

The Los Angeles Sheriffs Department rushed to our client’s house and interviewed him.  Our client did not call any attorney first.  Instead, he trusted police to drop the case if he was honest, so he spoke quite candidly to the sheriffs.  The sheriffs then contacted the victim and she explained exactly what had taken place.  The sheriffs, under pressure from the school, then arrested our client. 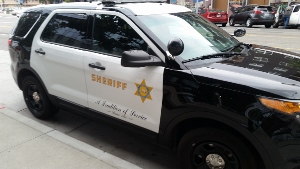 The truth of the matter was that the 13 year old girl really should have been the defendant and not our client.

The Pomona District Attorney’s office charged our client with two felonies.  The first was a violation of Penal Code § 288(a), lewd and lascivious conduct with a child under 14, and the second was statutory rape, Penal Code § 261.5(c).  The 288(a) charge carried with it an 8 year maximum prison sentence and a lifetime obligation to register as a sex offender.

The 261.5(c) charge was a wobbler, but still extremely serious.  It did not require lifetime registration requirements.

The prosecutor specially assigned to the case in Pomona seemed to understand the aggressive conduct by the thirteen year old girl and how she took advantage of our client.  The initial offer was sixteen months in state prison and that the client plead to a violation of Penal Code § 261.5(c).

The client’s family was devastated by the offer, knowing that our client’s mental development would make his time in prison extremely difficult for him.

Greg had to acknowledge this harmful information, but pushed for a probationary sentence for our client.  Moreover, our client had already served close to 50 days in Los Angeles County jail and certainly understood the gravity of this conduct.

The District Attorney, after a tremendous amount of discussion between her and Greg Hill about how a jury might view the evidence (the 13 year old would probably be even larger by the time trial took place), agreed to reconsider the evidence and discuss it with her supervisor.

At the next court appearance, the District Attorney agreed to reduce the sentence from 16 months in state prison to 180 days in county jail (and with no obligation to register as a sex offender).  Our client accepted the offer, knowing that he would probably be released within days because he had credit of over 100 days already.

The client’s family was extremely happy, knowing that if the case had gone to trial, the risks of an eight year prison term were too high to face.