Police Detention Is Illegal Based on Resemblance to Suspect

It is well-established law that in order to justify an investigative stop or detention, police must have a “reasonable and articulable suspicion that some activity relating to a crime has taken place or is occurring or is about to occur and that the person is involved in that activity.”

In a Nutshell:  A detention is improper unless police have an articulable suspicion that a suspect committed a crime or is about to commit a crime and that the suspect was or is involved in that crime.  If a suspect merely resembles a reported suspect, police cannot detain him or her on that basis alone.  Police must tie that suspect to the specific crime that forms the similarity.  In the following case, that was not done, so the evidence seized was suppressed.

In late November, 2010, Everett Robert Walker, age 19 and African-American, disembarked from a train in at the Santa Clara South light rail station in downtown San Jose.  Santa Clara County Deputy Sheriff Frank Thrall observed Walker and suspected he was one of two young black men involved in a sexual battery at the same station a week earlier.

Thrall approached Walker and asked him to show proof that he had paid the fare.  Walker showed him a valid ticket. 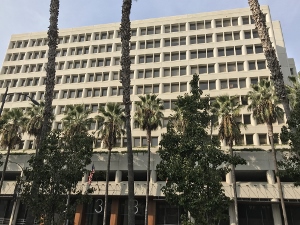 Thrall then told Walker that he resembled one of the suspects in a sexual battery investigation.  He then asked Walker for identification. Walker provided identification, but it was an I.D. card belonging to someone else (someone at San Jose University).  Thrall then arrested Walker and in searching him to arrest, found cocaine base and marijuana.

In the Santa Clara Superior Court, Walker moved to suppress all evidence seized, arguing that it was unconstitutional because it was done without a search or arrest warrant.  Walker wisely limited his argument to this, as it then shifted the burden to the prosecution to show the search and seizure without a warrant was legal.

The People argued that Deputy Thrall has a right to demand proof that Walker had paid the fare, as provided under Penal Code § 640 (c).  The People also argued that Thrall had a reasonable suspicion that criminal activity was afoot and defendant was connected to it, based on defendant’ s resemblance to the suspect in height, weight, age, nose shape, hair line and skin color.  Thrall admitted that Walker did produce a valid fare.

In his appeal, Walker argued that Thrall did not have an objectively reasonable basis to detain him after he showed him his fare.  His appearance was also quite different from the sexual assault suspects.

The Sixth Appellate District, in People v. Everett Robert Walker (2012 DJDAR 14472), agreed with Walker.  It characterized Thrall’s detention as based on “mere curiosity or hunch” as improper under Terry v. Ohio (1968) 392 U.S. 1, 22.  Even Thrall’s stop of Walker to ask him about paying his fare was improper because Thrall could not articulate why he suspected Walker of not paying his fare.

Turning to the more problematic similarity in appearance issue, the appellate court evaluated the evidence and the officer’s testimony concerning Walker and the sexual assault suspect.  The court determined that the actual only similarity between Walker and the suspect was race (both were Black) and age (both were 19).  Their heights were materially dissimilar and one had facial hair (Walker), while the suspect did not one week earlier.  In short, there were no objective facts to support the detention of Walker before Thrall asked for identification.  The search was therefore improper.

The appellate court therefore directed that the trial court dismiss the case.