Home
Other Information
Criminal Defense Articles
Permissible to Take DNA from Accused of a Serious Crime?

Permissible to Take DNA from Accused of a Serious Crime?

Summary:  U.S. Supreme Court rules it is permissible to take DNA samples from those accused of a serious crime.

The man was originally arrested for a separate incident, an assault.  During booking for that alleged crime, he was forced to provide a cheek swab of his DNA.  The DNA matched that of a suspect in a 2003 rape.  The assault suspect was then charged and convicted of rape. 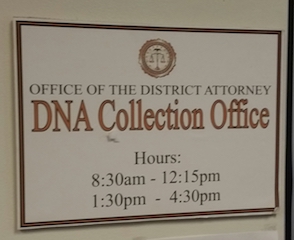 DNA Collection Office Sign
Privacy advocates have criticized the U.S. Supreme Court ruling as a recipe for Big Brother intermeddling if the DNA evidence is not secured.  Law enforcement have applauded the ruling as a welcome measure to help solve previously unsolved crimes that have DNA evidence looking for a match.
Both advocates and critics of the ruling recognize that it is one step closer to legal approval of nationwide DNA collection in misdemeanor offenses.  This would then be used for a a nationwide database for law enforcement use.  Critics emphasize that DNA evidence is not fully understood.  They also warn of police misuse of such data and remind everyone that police have historically been sloppy in following security protocol in other contexts including photographs and fingerprints.  Critics also point out that DNA contains far more personal information that do fingerprints or a booking photograph.  A tremendous amount of data about a person can be gleaned from one’s DNA.
Presently, there is a pending U.S. Ninth Circuit case, Hashell v. Harris, which the ACLU filed to challenge a California law permitting such DNA collection.  In light of the U.S. Supreme Court’s ruling, the ACLU challenge appears likely to fail, however, California’s law applies to any felony.  This includes non-violent felonies like possession of methamphetamine.

In contrast, the U.S. Supreme Court ruling appears limited to just Maryland and what Maryland considers “serious offenses.”  The U.S. Supreme Court also noted that in Maryland, a judge must still find probable cause that defendant committed the offense before sending the DNA sample off to a lab.  The California law includes no such judicial oversight.

The big thing that the U.S. Supreme Court does not say is that only swabs from those arrested for serious crimes is proper.  Instead, it says that the Maryland policy does not violate the Fourth Amendment.  In other words, the opinion really must be read for the narrow holding it sets forth and nothing broader.

We think that while the U.S. Supreme Court ruling is narrow, it should have addressed the practical problem the Maryland scheme creates.  Specifically, when a person is arrested, booked, gives DNA, the DNA is taken to a lab, the profile is added to a national database, trial takes place and there is an acquittal.

In such a case, a fundamental principal of our criminal justice system should dictate that the defendant emerge unscathed because he or she is innocent.

The person’s DNA profile should thus then be removed from any database.  However, it appears that the profile will remain in a database, vulnerable to the mischief and misuse that such sensitive information seems to invite.
The citation for the U.S. Supreme Court ruling discussed above is  Maryland v. King (2013) 569 U.S. 435, 133 S.Ct. 1958, 186 L.Ed.2d 2013.
For more information about Fourth Amendment searches and DNA, click on the following articles:
Contact Greg Hill & Associates