Home
Other Information
Criminal Defense Articles
Can Police Use One's DNA in Saliva to Re-Arrest Someone?

Can Police Use One's DNA in Saliva to Re-Arrest Someone?

Troy Thomas was a suspect in six unsolved residential burglaries from 2006 to 2008.  In five of the burglaries, genetic material (DNA) from the suspect was collected at the home.  In the sixth burglary, an eyewitness identified Thomas as the burglar.

Condensed Version:  Police legally may collect your saliva from a Preliminary Alcohol Screening (PAS) test mouthpiece under the implied consent to such a test, analyze the saliva for the DNA and then arrest you later for suspicion of an unrelated crime, even if police released you for DUI and no DUI case was filed.

In November, 2008, police identified Mr. Thomas as a suspect.  On December 1, 2008, police pulled over Thomas and claimed he seemed drunk (the legality of such a traffic stop is dubious unless it was based on an observed, articulable suspicion, i.e. a violation of the Vehicle Code).  So they asked Mr. Thomas to submit to a roadside blood alcohol contest (BAC) test by providing a breath sample in a portable alcohol screening (PAS) device.

Thomas gave a breath sample and it was 0.0%.  He was then released and allowed to drive away.

Police, however, cleverly kept the saliva Thomas left on the PAS device, tested it, matching it to the DNA collected at five or the six burglaries.  Thomas was then charged with all six residential burglaries under California Penal Code § 459, as a well as prior felony enhancements under Penal Code § 1170.12, 667 and 667.5 which increased his potential sentence considerably under California’s Three Strikes Law.

Was the pretext of a traffic stop to get Mr. Thomas’ saliva and thus DNA an unlawful search and seizure, as it was without a warrant, in violation of the Fourth Amendment?

Thomas thought it was.  He responded by filing a motion to suppress the saliva evidence, arguing that the testing was an illegal search and seizure without a warrant.  Thomas further argued that it was improper for the police to keep the mouthpiece with the saliva when he consented to the test based upon an expectation that the mouthpiece would be discarded after the test, as it usually is.  In that regard, the police manipulated Thomas’ implied consent to a breath test, which is a requirement of having a California Drivers’ License, to obtain Thomas’ DNA in his saliva. 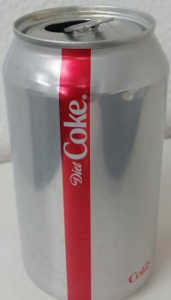 The trial court denied Thomas’ motion to suppress.  Thomas then pled no contest to a single count of residential burglary and was sentenced to seventeen years in prison.

Defendant then appealed to the Second Appellate District in Los Angeles, which affirmed the lower court’s ruling, but with more explanation.

The Second Appellate District court first pointed out that Thomas “abandoned any privacy interest in the saliva when he deposited it on the police device.”  Moreover, Thomas could have wiped off his saliva after the test or asked the police for the mouthpiece back after the test.  We think this justification for the abandonment rationale is strained and weak at best.

Yet the court went further, attempting to analogize the search to other searches found proper in other contexts.  For example, another court held it was proper to test the DNA left on a cigarette butt tossed into a public street by a murder suspect.  It was also proper for police to test the DNA left on a soda can left behind by a suspect questioned at a police station.  Likewise, the U.S. Supreme Court has held that police may go through drug trafficking suspects’ trash left out on a curb for garbage collection.

Somewhat sarcastically, the court even commented that Thomas could have asked the police what they planned on doing with his saliva covered mouthpiece, but he did not, so he waived any possessory interest in the saliva.

Lastly, the court refused to impose a new requirement that a suspect consent to abandonment, noting that to do so would create a duty on law enforcement to advise suspects of such rights and that this would be too burdensome in the often fast-paced speed of criminal investigations.

For more information about DNA issues, click on the following articles:
For case summaries of selected cases our firm has handled, click here.