Citing the U.S. Constitution Fourth Amendment’s right against an unreasonable search and seizure, the First District Court of Appeal in California (in San Francisco) ruled that collecting DNA samples from someone who is presumed innocent when arrested is unconstitutional.

The Reader’s Digest Version:  In 2011, in this case, People v. Buza, summarized below, the First Appellate District Court of California held that it was an unconstitutional search and seizure for police to collect DNA from everyone who is merely arrested.  This has since been partially overturned and law enforcement is legally permitted to collect DNA samples from anyone arrested for a felony.

Here in California, Proposition 69 (“The DNA Act”), a 2004 ballot measure that allowed the collection of DNA from those arrested for a felony, was seen by voters as a useful means of expanding the state’s DNA database to link suspects with unsolved crimes.  However, the law was often criticized for encouraging police to arrest a person just because the police wanted a DNA sample from that person.

There are countless anecdotal examples of police arresting someone, for example for DUI, just to obtain saliva samples on a breath test machine used to sample the suspect’s breath for his or her blood alcohol content (BAC).  Some (including us at Greg Hill & Associates) saw such pretextual searches as Fourth Amendment violations, as unlawful search and seizures without a warrant. 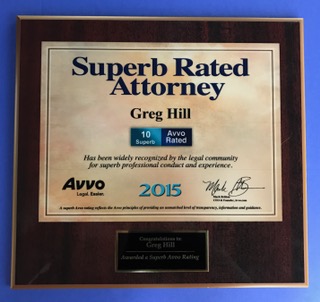 The First District Court of Appeal recognized this problem, commenting that California would then retain the DNA sample of a person, later released or exonerated unless that person went through a time consuming process to expunge the information and request that the DNA sample be destroyed.

The justices also made it clear that their decision in Buza does not overturn the DNA Act, but it did reverse Mr. Buza’s misdemeanor conviction for refusing to provide a DNA sample when he was arrested by San Francisco police in 2009 for allegedly setting a police car on fire (we find it amazing that such conduct is not a felony).

Constitutional rights advocates cheered the ruling, saying that it was only a matter of time before the DNA Act simply was overturned.  Such advocates noted that the U.S. Supreme Court has never allowed suspicionless searches to find evidence of crime outside the context of the arrest, before probable cause to search was determined.

Supporters of the DNA Act liken the collection of DNA to the mere collection of fingerprints.  However, DNA provides far more information than just the pattern of one’s fingertips.  It includes information on genetic abnormalities and much more, which if shared with someone who wanted to exploit this information, could lead to much mischief. 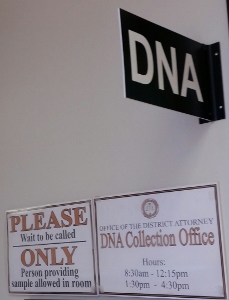 Moreover, as this author has experienced in several cases, fingerprint technology is often faulty.  It is sometimes simply wrong.  For example, this author recently had a client in Los Angeles County Superior Court (Airport Courthouse) whose fingerprints were supposedly a match with a Minnesota man with two DUI convictions.  Upon further investigation, it was determined that the Minnesota man had a different name, a different date of birth and a different social security number.  Upon this revelation, the California client saw his DUI charges change from a third-time DUI to a first-time DUI, but it took a great deal of work for us to convince a skeptical district attorney and judge that our client was not the person from Minnesota based on the alleged fingerprint match.

Here in Southern California, this ruling is likely to discourage a widespread practice in Los Angeles and Orange County where a person is arrested for even a misdemeanor, only to be offered a release if he or she provides a DNA sample, as is common in Orange County.

For more information about DNA tests, click on the following articles:

For summaries of some of the cases we have handled, click here.