Home
Other Information
Criminal Defense Articles
Is Collection of DNA from a Felony Arrestee Constitutional?

Is Collection of DNA from a Felony Arrestee Constitutional?

Over the last year, the Ninth Circuit and more than one California Court of Appeal have ruled on the constitutionality of California’s law directing police to collect DNA from an arrestee.

Summary in 25 Words or Less:  The DNA Act, also known as Prop 69, is constitutional and not a Fourth Amendment violation in allowing DNA collection for felony arrestees.

In a First Appellate District Court of Appeal decision in California, People v. Buza (2011 DJDAR 11741), the court reversed Buza’s misdemeanor conviction for refusing to provide a DNA sample.  More recently, a federal trial judge in Sacramento, in U.S. v. Tuzman (11-427 (Feb. 24, 2012) ruled that it was unconstitutional for police to collect a DNA sample before a felony arraignment.  However, just one day prior to the Tuzman ruling, a U.S. Circuit Court of Appeals, which outrank federal trial courts, issued a ruling in Haskell v. Harris (2012 DJDAR 2462) that the collection of DNA was constitutional. 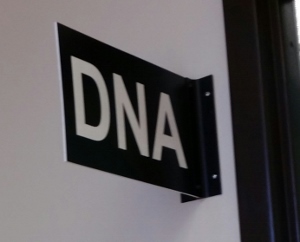 A little background is helpful to appreciate the nature of the public concern with misuse of a DNA data base.  In 1998, California passed the DNA and Forensic Identification and Data Base and Data Bank Act.  It required DNA testing of adults convicted of only certain crimes.  The intent was multifold, but one goal was to solve unsolved crimes.

In 2004, Proposition 69, also known as the DNA Act, was voted into effect by California voters.  It expanded the scope of the 1998 act to allow the collection of DNA samples from all adult felony arrestees.  The samples are then entered into a national database called the Combined DNA Index System (CODIS).

Prop 69 did not become effective until January 1, 2009, but once it became effective, litigation arose quickly over its apparent violation of the Fourth Amendment’s right against unreasonable search and seizure, especially given the principle that one is presumed innocent until proven guilty.  It merits mention that in Tuzman, U.S. District Judge Lawrence Karlton noted 41 percent of Americans have been arrested by age 23.  In other words, the constitutional issue is more than merely academic in nature.

Fast forward to 2012 and Haskell v. Harris mentioned above.  Haskell was arrested by San Francisco police at a peace demonstration.  She was told she would be charged with a misdemeanor under state law if she refused to provide a DNA sample through a buccal swab of the inside of her cheek.

Haskell then became a class representative in a federal class action challenging Prop 69.  Their case first sought a preliminary injunction of the act.  The district court denied the motion.  On appeal to the U.S. Court of Appeals, Ninth Circuit, Haskell lost again.

In affirming the lower court, the Ninth Circuit Court of Appeals agreed that Haskell failed to show a likelihood of success on the merits of the class action, namely that Prop 69, as applied to felony arrestees yet to be convicted, violated the Fourth Amendment.

The Court held that Haskell could not show the arrestees’ privacy interests outweighed the government’s need for DNA samples to solve unsolved crimes and exonerate innocent suspects.  Moreover, the buccal swab was a minimal privacy invasion only after a probable cause determination leading to the arrest.  In addition, the court felt assured that the DNA samples could not be used for more than just identifying the individual, as the act provides for significant penalties for any misuse of the database or DNA.

It is quite possible that Haskell v. Harris will be appealed to the U.S. Supreme Court, especially in light of the recent opinion in U.S. v. Jones (2012 DJDAR 895), which seemed to strengthen Fourth Amendment rights in invalidating police use of a GPS without a warrant on a drug suspect’s car.

For more information about DNA and collecting blood, click on the following articles:
For case summaries of selected cases our firm has handled, click here.