Brief Synopsis: In the definition of pandering under Penal Code § 266i, procure is not unconstitutionally vague so as to violate due process by not giving “intelligible” notice of what was prohibited.  The statute survives this constitutional challenge because it means to persuade, encourage or otherwise influence, which the appellate court decided was sufficient because “ordinary people can understand what conduct is prohibited and in a manner that does not encourage arbitrary and discriminatory enforcement.”

What does “procure” really mean, one may ask.  It is not a word used in everyday conversation.  Pandering is a specific intent crime, meaning to be guilty of the offense, defendant must have the specific goal or intent to persuade, encourage or otherwise influence another specific person to become a prostitute.  People v. Zambia (2011) 51 Cal.4th 965, 980.
In clarifying that pandering is a specific intent crime, the California Supreme Court explained that “the purpose and intent of the pandering statute . . . is to criminalize the knowing and purposeful conduct of any person seeking to encourage another person to work with the panderer or another pimp in plying the prostitution trade.”  Zambia, at 980.  It makes no difference if the person the panderer or pimp recruits or solicits to work as a prostitute is already an active prostitute.  The statute seeks to prevent the coercive and socially dysfunctional activities associated with brothels.
The crime of pandering requires no monetary gain.  Penal Code § 266i(a).  By contrast, the related crime of pimping involves the deriving of support from another’s prostitution.  Penal Code § 266h(a). 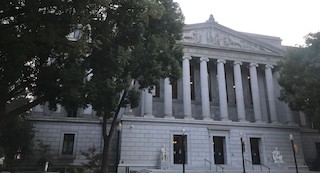 Court of Appeal Third Appellate District Sacramento
Distilled down, pandering is “the business of recruiting a prostitute, finding a place of business for a prostitute, or soliciting customers for a prostitute.”  People v. Dixon (2011) 191 Cal.App.4th 1154, 1159-1160.  A panderer is “one who procures the gratification of the passion of lewdness for another.”  Id., at 1156.  In enacting section 266i, the state legislature sought to “prevent prostitution by discouraging persons other than the prostitute from augmenting or increasing the supply of available prostitutes.”  Zambia, supra, p. 973.
This legal framework is introduced to help the reader navigate through the following summary of the recently (June 29, 2020) published Third Appellate District Court ruling in People v. Isiah Campbell (2020 DJDAR 6760), wherein Mr. Campbell challenged his conviction for three counts of pimping and eleven counts of pandering in El Dorado County.  It merits mention that he faced many more counts than just these fourteen counts and that he was found not guilty of three counts of human trafficking.  He was nonetheless sentenced to nineteen years and four months in state prison.
While the facts of the case are often helpful to summarize for an article, for the focus of this article they are not necessary to know.  However, it can be said that the facts in this case involving advertising services on Backpage.com, admissions by defendant on Redditt.com online discussion blogs, extensive violence testified to in court by prostitutes Mr. Campbell allegedly acted as a pimp for and Mr. Campbell’s own testimony in trial, which was extremely damaging to himself.
He contended on appeal that reversal of the verdicts was required on a variety of reasons, including improper venue (his alleged activities spanned across more than one county), insufficient evidence, instructional error in jury instructions, ineffective assistance of counsel and that the pandering statue is void for being unconstitutionally vague.
This article will focus only on his challenge of the pandering statute, as stated above, as being unconstitutionally vague.
Mr. Campbell’s constitutional challenge focused on the word “procure” and the phrase “for purpose of prostitution” as being impermissibly vague in violation of due process insofar as that word and that phrase fail to provide “intelligible” notice of what conduct is prohibited.  According to Campbell, “procure” in this context is “confusing and difficult to understand” so that it could be a felony to do “anything for anyone relating to the prostitution of another person,” including innocent conduct.
The Third Appellate District reviewed the legal standards applicable here.  It recited that under both the federal and state constitutions, due process of law in this context required two elements: a criminal statute must “be definite enough to provide (1) the standard of conduct for those whose activities are proscribed; and (2) a standard for police enforcement and for ascertainment of guilt.”  Williams v. Garcetti (1993) 5 Cal.4th 561, 567; People v. Maciel (2003) 113 Cal.App.4th 679, 683 (a statute must be written with sufficient clarity that “ordinary people can understand what conduct is prohibited and in a manner that does not encourage arbitrary and discriminatory enforcement.”).
In reviewing the statues at issue here, the Third Appellate District Court found that Penal Code § 266i is sufficiently clear and settled to provide fair notice, so Campbell’s challenge was without merit.  The Third Appellate District found that a similar challenge was rejected nearly 45 years ago in People v. Hashimoto (1976) 54 Cal.App.3d 862.  The fact that 266i does not define “procure” does not make the statute unconstitutionally vague.
We present this summary because, quite frankly, we think the statute is difficult to understand, but our appellate courts have rejected such a contention.  Consequently, we think it is wise to be extremely careful in making such challenges of unconstitutional vagueness because this is a generally difficult argument to win.
The citation for the Third Appellate District Court ruling discussed above is People v. Isiah Campbell (3d App. Dist., 2020) 51 Cal. App. 5th 463, 265 Cal. Rptr. 3d 136.
For more information about pimping and pandering, please click on the following articles:
Contact us.
Serving Torrance, Long Beach, Compton, Airport Courthouses and Other Courthouses.