Our client was arrested and charged with a felony violation of California Penal Code section 261.5(c), Unlawful Sexual Intercourse with a Minor, better known as “statutory rape.”  At the time of the incident our client was 22 years old, and the "victim" was our client's 17- year old girlfriend.

As the reader of this summary may be aware, the age of consent in California is 18 years old (it is lower in other states).  Therefore, even if our client’s girlfriend agreed to have sex with our client (as was the case here), such consent was not legally effective to defend against a charge of statutory rape.  In fact, at trial, the judge most likely would instruct defendant and defense counsel that such evidence is inadmissible so any attempt to introduce this to a jury to consider would be contempt.

The Gist of This Summary: A conviction for statutory rape is eligible for expungement (and one does not have to register as a sex offender under Penal Code § 290).  Our client was 22 and his former girlfriend, whose new boyfriend told police was the victim, was 17.  Our office filed a petition for dismissal which asked the judge to reduce the charge to a misdemeanor and dismiss the complaint.  The judge granted both requests.

We find that this offense largely goes unreported, but it often is reported if discovered by the father of the female or the female breaks up with the male, or the female has a new boyfriend, any of whom then eagerly report the offense to the police, as was the case for our client here. 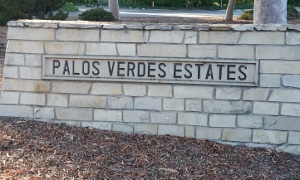 Here, the new boyfriend of our client’s ex-girlfriend decided to report the sex to possibly put our client into prison, which would certainly prevent the girl from “going back” to our client.  The new boyfriend here wanted to eliminate our client as competition for the girl’s affections.

The plan did not work too well.  When the police spoke to the girl, she made it clear that she wanted our client prosecuted to the full extent of the law (our client broke up with her, rather than visa-versa, so she wanted to retaliate), even though the sex that was at issue took place several months earlier.

When police contacted our client, he explained that she had consented to the sex.  In other words, he admitted to the conduct, but naively believed that consent was an affirmative defense.  He did not understand that her consent was legally irrelevant.

The client was immediately arrested and held in jail on a high bail.  His family retained Greg Hill & Associates and a plea bargain was quickly reached wherein our client was granted formal probation for five years and ordered to serve 10 days in custody with credit of 10 days already served, pay restitution in the amount of $200, and to complete a residential drug treatment program.  Illegal drugs (cocaine, marijuana and Xanax) were found on our client at the time of his arrest.

Nearly four years later, our client was struggling to find a decent job that would pay him reasonable wages because of his status being on formal probation and his felony criminal record.  He was forced to accept jobs doing menial duties for restaurants.  Our client tried to look for other work. but was turned down even though it was stated he was highly qualified.  In several instances, the employers candidly told him that his criminal record prevented employment.

Our client then successfully completed the terms and conditions of his probation, including the five years of formal probation.  This made him eligible to petition the court for a reduction of the felony charge to a misdemeanor under Penal Code § 17(b) and, then, once the charge was reduced, expungement.

Greg Hill & Associates, accordingly, petitioned the court to reduce the charge to a misdemeanor and thereafter, set aside the plea of guilty and have the information dismissed.  Our motion to reduce the charge to a misdemeanor was granted and then the petition for dismissal (expungement) was granted, allowing our client to move on with his life and apply for a position where his outstanding work ethic could be appreciated.