Our client was passing through the Malaga Cove Plaza area near the Palos Verdes Estates Police Station at about 1:30 a.m. on a Saturday morning. He was returning from a bar in Hermosa Beach, where he had been dancing, but not drinking. He did not like to drink.

About This Summary Briefly: An incomplete DS-367 is unreliable and thus should not be considered at a DMV hearing. Likewise, a blood test taken more than three hours after the client last drove cannot be meaningful for the blood alcohol content of when our client drove unless the DMV engages in reverse extrapolation, which is also unreliable. These two arguments persuaded the DMV to reinstate our client’s driving privileges.

Our client was driving a full-size, old pick-up truck with out-of-state license plates. He was alone in this, heading home to his parents’ home in Palos Verdes Estates. He was 28 years old.

Before he knew it, there were flashing lights in his rear-view mirror. He pulled over. Police told him that his rear tail light was burned out.

Our client had been arrested by the Palos Verdes Estates Police at least four times over the last fifteen years on a variety of felony and misdemeanor charges. He had been beaten up badly at Men’s Central Jail before. He was therefore considerably anxious as to what would happen next as he pulled over. The police officer who pulled over our client did not know this history, so he regarded our client’s anxiety as suspicious and perhaps indicative of being on drugs or drunk. 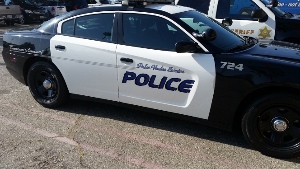 Due to medical issues, he was under certain prescription medications that he had not taken recently. The medications made him feel sleepy and, at other times, he could not sleep. At the time he was pulled over, he had not taken him anti-anxiety medication in over 48 hours. If there was one time when he needed to control his anxiety, this was it.

As police officers spoke to him, his anxiety rose. He started sweating profusely. Officers told him that they detected an odor of alcohol, so they asked him to get out of the car.

Our client did so and submitted to a preliminary alcohol screening (PAS) device test at the scene. His breath was measured as having no alcohol at all. Officers then claimed his pupils seemed constricted and they suspected he was on methamphetamines. Accordingly, they arrested him.

Greg Hill was called from the jail and came to the jail within thirty minutes. It was about 3:30 a.m. The jailer told Greg that they suspected our client to be under the influence of methamphetamines and wanted to hold him for six more hours. Greg persuaded the jailer to release our client immediately and drove the client home to his parents’ home, which was about two and a half miles away.

Once at the parents’ home, Greg suggested to the parents that they take their son to have his blood and urine tested at a local medical facility that performs such tests. The tests should be for methamphetamine, cocaine and marijuana. They should do so as soon as the clinic opens. The parents did so at a clinic about six miles away that Greg had referred other clients in the past. The results were negative.

At the DMV hearing, Greg presented the DMV with the test results and argued that the worst offense our client was guilty of was driving a truck with a broken tail-light. After all, the officer had not observed any impairment in the client’s driving. The DMV agreed and set aside the suspension of the license.

Our client and his family were happy, as our client had just started a new job and needed to be able to drive to and from work. The parents were perhaps more excited with the decision, as they were terribly concerned that a driving under the influence of drugs charge would cause an enormous blow to our client’s self-esteem and set him back professionally for years.

For more information about DUI based on being under the influence of drugs, field sobriety tests and DMV hearings in general, click on the following articles: