Home
Other Information
Criminal Defense Articles
What Is the Taking and Receiving Doctrine for VC § 10851?

What Is the Taking and Receiving Doctrine for VC § 10851?

Many defense attorneys, prosecutors and even judges do not understand that Vehicle Code § 10851(a) can be treated as a driving offense or a taking of a vehicle offense.  The complaint in the case determines this and then, if the matter goes to trial with a jury later, one must be careful about giving the jury the correct jury instructions.

The underlying basis for the distinctly different jury instructions is the “Taking and Receiving Doctrine,” as someone cannot be convicted of both taking and receiving the same property.

The issue arose in the case of David Martin Calistro in Kern County.  On February, 24, 2014, Peter B. was in his upstairs apartment in Bakersfield when he heard his car start in the parking space below.  He went to the window only to see someone driving away down the alley in his Honda Accord.  He had not given anyone permission to drive his car.

Peter B.’s mother-in-law called the police, who found Mr. Calistro sitting in the Honda Accord in a 7-11 parking lot about five hours later about five miles away. 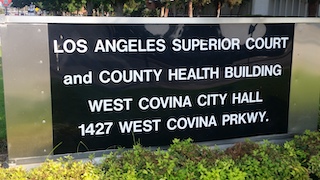 Calistro went to trial and the jury convicted him of “unlawfully taking or driving a vehicle“ (Vehicle Code § 10851(a)), receiving stolen property (Penal Code § 496(a)) and possessing a burglary tool.  The Bakersfield trial court judge sentenced him to four years in state prison based on three years for taking or receiving a stolen vehicle with a prior conviction for the same offenses (Penal Code § 666.5 (a)), two years on the § 496(a) count, concurrent, and one year consecutive on the prison prior (Penal Code § 667.5(b)).

Calistro appealed the conviction on four grounds, but this article will only address the argument that he was erroneously convicted of both stealing a car (10851(a)) and receiving the stolen property inside the car (496(a)).

The gist of Calistro’s appeal that this article covers is that the “Taking and Receiving Doctrine” barred him from being convicted of both taking and receiving the same property, as he was.  He argued that the “Single Larceny Doctrine” barred his conviction for violating Penal Code § 496(a) because he came into possession of the credit card at the same time he stole the car containing them.

In other words, if defendant steals multiple items during the course of a single act or individual transactions involving a single victim, he commits only one theft, notwithstanding the number of items stolen (People v. Ortega (1998) 19 Cal. 4th 686, 699).

Thus, the matter was remanded to the trial court for resentencing on this issue.

The astute reader will recognize the hollow nature of Calistro’s victory on appeal because his sentence for receiving stolen property was concurrent to the conviction for 10851(a) anyways, so it was a bit of a pyrrhic victory, unless of course the 10851(a) conviction was reversed or vacated on appeal on other grounds.

Nonetheless, we think this is a good case to understand because over-zealous prosecutors can overcharge a case and, as defense attorneys, we need to eliminate barred charges.
The citation for the Fifth Appellate District Court ruling discussed above is People v. David Martin Calistro (5th App. Dist., 2017) 12 Cal.App.5th 387, 218 Cal. Rptr. 3d 765.
For more information about joyriding and Proposition 47, please click on the following articles:
Contact us.
Serving Torrance, Long Beach, Compton, Airport Courthouses and Other Courthouses.