An attempt is well-understood to be different from the completed crime, although attempt very often is a crime in and of itself.

When one is convicted of possession of a controlled substance, one must register as a narcotics offender.  Such an obligation involves a certain stigma, similar to being a registered sex offender, but the registration requirement lasts only five years, whereas a registered sex offender’s obligation to report to local law enforcement lasts a lifetime unless the offender seeks certain relief.

When one is convicted of attempted possession of a controlled substance (Penal Code § 664; Health and Safety Code § 11378), can the judge order the defendant to register as a narcotics offender?

Brief Synopsis: Until our laws are amended, one convicted of attempted possession of a controlled substance must register as a narcotics offender, according to a recent opinion by the Sixth Appellate District, as summarized below. 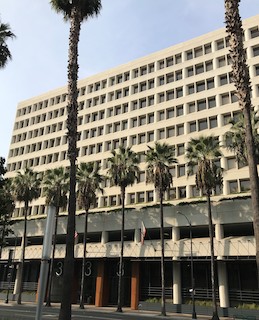 Court of Appeal Sixth Appellate District San Jose
In other words, under § 11590, one does not need to register as narcotics offender for a conviction of attempted possession.  However, the judge in People v. Cowles (1993) 20 Cal.App.4th 114, ordered Cowles to register as a narcotics offender after he was convicted of attempted possession of cocaine (Penal Code § 664, Health and Safety Code § 11350).

Was the Cowles decision wrong?  After all, 11590 only states that if an offense is committed outside California and it would be a crime under one of the listed offenses (all of which are completed crimes, none are attempts), then the individual must register.

Daniel Smith recently challenged the Cowles decision.  Smith was convicted in Santa Clara County of attempted possession of a controlled substance ((Penal Code § 664; Health and Safety Code § 11378).  The trial court ordered him to register as a narcotics offender and he thought his case was a good one to overturn Cowles.

A few facts of Smith’s case are good to know.  Smith and another man went to a drug dealer’s home for the purpose of buying a quarter-pound of meth.  Smith was carrying two cell phones, a large knife in a concealed sheath, another knife in his pocket and $1,300 in cash.  They were stopped by the police before they could enter the house.

Smith admitted that he intended to use the $1,300 to purchase the meth.  He admitted that he was a meth user.  Cops looked at the two cell phones he had and found messages “consistent with drug sales.”

He entered into a plea bargain for violation of Penal Code § 664 and; Health and Safety Code § 11378.  He was placed on three years of formal probation and ordered to serve 60 days in county jail.  He was also ordered to register as a narcotics offender.

The court said the literal interpretation urged by Smith “seems to lead nowhere.”  “We cannot envision any case in which the attempt to commit some out-of-state crime, could, if occurring in California, amount to the commission of some complete offense here.”  The court noted that Cowles had attempted a similar argument without success and the Sixth Appellate District saw no reason to reverse Cowles.

We think this was a mistake.  The legislature’s wording of 11590 should be given the plain meaning that the words suggest.  The courts should not read into, or reason as to what the legislature intended.  Granted, 11590 is poorly written, but it is not the job of our courts to correct errors in the statute.  Instead, the legislature should amend the statute, rather than the courts for all practical purposes.
The citation for the Sixth Appellate District Court ruling discussed above is People v. Daniel Smith (6th App. Dist., 2016) 8 Cal.App.5th 977, 214 Cal. Rptr. 3d 521.
For more information about issues, please click on the following articles:
Contact us.
Serving Torrance, Long Beach, Compton, Airport Courthouses and Other Courthouses.