Home
Other Information
Criminal Defense Articles
Must the Prosecutor Prove a Gang Enhancement to Every Gang?

Must the Prosecutor Prove a Gang Enhancement to Every Gang?

It is well known that in more established criminal street gangs, there will be smaller groups of that identify themselves as subsets of the larger, “parent” gang.

For example, in Northern California one of the most well-known criminal street gangs is the Norteño gang, a predominantly Hispanic gang.  Within most of the larger Northern California cities, there is a gang that is loyal to the Norteños and act as “foot soldiers” for Nuestra Familia, a prison gang “that is supposed to basically run the activities of Norteño street gangs.”  In Fremont, California, FMT (Fremont Mexican Territory) is the Norteño gang for this city.  It is a big, well-known gang of approximately 450 members.

About This Article Briefly: When a defendant is allegedly part of a subset of a larger gang, the prosecutor does not need to prove defendant’s membership in a “parent” gang of the subset gang (as long as the jury agrees the subset gang is itself a gang), as the following summary explains.

Mr. Rafael Tovar was a self-admitted member of FMT.  He was angry at one of the football players at Newark High School, Justice Afoa, who prevented Tovar, age 29, from fighting another member of the football team, Anthony J.  In fact, the football team was in an ongoing dispute with other kids at the high school associated with FMT, so Tovar’s anger at Afoa and Anthony J. was part of a bigger issue a challenge to the authority of FMT and the Norteño gang. 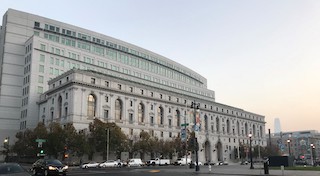 Court of Appeal First Appellate District San Francisco
The next day, Tovar’s cousin, a Norteño gang member, called Tovar from prison and spoke to Tovar, Tovar’s younger sister (Guzman) and Tovar’s other younger sister.  The call was recorded.  The group discussed retaliation for Tovar’s beating and discussed having two other FMT gang members involved in getting the addresses of the football players.

Over the next few months, the younger sister and one of the FMT gang members exchanged text messages on Afoa’s movements.

Finally, in late October, 2010, one of the FMT members texted Tovar that he was at a party and Afoa was there, too.  Tovar’s younger sister (Guzman) sent out text messages bragging that Tovar was going to kill Afoa because Tovar was “a real OG” (original gangster).

The next day, Afoa was stabbed to death near Tovar’s home.

No one was arrested for two years.  However, once arrested, Tovar admitted to killing Afoa and a recording of the interview was later played at the jury trial.

Tovar explained that he did not intend to kill Afoa, but just wanted to beat him up for “putting hands on” Guzman, his younger sister, during a previous dating relationship.

Tovar denied any gang-related motive for the killing, but conceded that he had attended a meeting with his friends “to retaliate” on Afoa and the meeting “was considered a gang thing.”

At trial, the prosecution offered a gang expert to testify that “if an OG was beaten up by a much younger rival or considered rival, the OG’s level of respect for the gang would drop significantly.”  Then if the OG were to kill the rival, the crime would “be for the benefit of the gang.”  The gang member would demonstrate to rivals that the gang is serious and not to be messed around with.  The gang expert, lastly, testified that it was significant that a memorial to Afoa was defaced with “XIV,” which is the symbol for the Norteños (fourteen is for N, the fourteenth letter in the alphabet).

The jury convicted Tovar of one count of first-degree murder and one count of conspiracy to commit murder.  The jury also found true the allegation that the murder was committed for the benefit of a criminal street gang.  The judge sentenced him to prison for a total of 29 years to life.

The First Appellate District, in People v. Rafael Tovar (2017 DJDAR 3452), disagreed with Tovar.  Tovar argued that the prosecution failed to show a connection between FMT and the Norteños.  The appellate court responded by saying it was not necessary to connect FMT to the Norteños because there was sufficient evidence that Tovar conspired to murder Afoa for FMT’s benefit in particular.  The prosecution’s gang expert, along with other evidence, was substantial to support the gang enhancement.
The citation for the First Appellate District Court ruling discussed above is People v. Rafael Tovar (1st App. Dist., 2017) 10 Cal.App.5th 750, 216 Cal. Rptr. 3d 750.
For more information about gang enhancement issues, please click on the following articles:
Contact us.
Serving Torrance, Long Beach, Compton, Airport Courthouses and Other Courthouses.