In 1996, voters passed Proposition 215, the Compassionate Use Act of 1996 (“CUA”) and it was put into legislation as Health and Safety Code § 11362.5.  There were two main purposes of the CUA.  First, it was meant to “ensure that seriously ill Californians have the right to obtain and use marijuana for medical purposes."

About This Article Briefly:  With the passage of Proposition 64 in late 2017, the following case should be viewed as allowing the collective to also assert a defense to the same charges under Proposition 64.

Second, it was meant to ensure that caregivers who obtain and provide medical marijuana are not subject to criminal prosecution.  This meant that Health and Safety Code § 11357, relating to possession of marijuana, and § 11358, relating to the cultivation of marijuana, “shall not apply to a patient, or to a patient’s primary caregiver, who possesses or cultivates marijuana for the personal medical purposes of the patient” upon a doctor’s recommendation.  In other words, Proposition 215 provided an immunity to prosecution or a defense at trial. 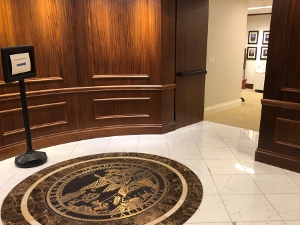 The legislature enacted the Medical Marijuana Program Act (MMPA), at Health and Safety Code § 11362.7, to clarify who is a qualified patient and who are qualified caregivers.  The MMPA was also intended to enhance the access of patients and caregivers to medical marijuana through collective, cultivation projects and dispensaries.

Jovan Christian Jackson operated a collective in San Diego County called Answerdam  Alternative Care.  In 2009, he was acquitted of five counts related to the possession and sale of marijuana.  The jury foreman explained that the jury was split on whether Jackson operated a proper collective and therefore, they could not find him guilty.

While the first trial was pending, law enforcement continued to investigate Jackson and Answerdam.  Following his acquittal in the first trial, he faced new charges for the same offenses.

On this second case, the prosecution asked the judge for an order preventing Jackson from offering a defense under the MMPA, which implemented the provisions of Prop 215.  At the hearing on the motion to exclude such a defense and evidence associated with such a defense, the People offered testimony of a police officer who said he never saw any cultivation of marijuana at the dispensary as well as a collective member who said the same thing.  The trial court granted the motion and Jackson was convicted.

Jackson the appealed to the Fourth Appellate District, which agreed with Jackson and reversed the trial court (People v. Jovan Christopher Jackson (2012 DJDAR 147 81)).

The Fourth Appellate Court clarified that the standard the trial court should have applied to determine if Jackson could invoke or use the MMPA defense was whether he could raise a reasonable doubt as to whether the elements of the defense could be proven.  The Appellate court found this certainly was the case.

The appellate court further addressed the trial court’s comments about the collective’s large membership (1,676 members).  The trial court had commented that with such a large membership, there was no way that all members could be involved in cultivation as the association is legally supposed to have as its purpose under Prop 215 and the MMPA.  The trial court went further, stating that it believed the purpose of the association was really only the distribution of marijuana.

In response, the appellate court referred to People v. Colvin (2012) 203 Cal.App. 4th 1029, wherein the defendant was the operator of two marijuana dispensaries which together had 5,000 members.  In Colvin, as in Jackson, the court said the defendant was able to use the defenses offered by the MMPA.

Therefore, Jackson’s conviction was reversed and the case was sent back to the trial court for further proceedings.
The citation for the Court of Appeals ruling discussed above is People v. Jovan Christopher Jackson (2012) 210 Cal.App.4th 525.
For more information about sales of marijuana, click on the following articles:
Contact Greg Hill & Associates