Brad Ray Santini was convicted of importing marijuana after an inspection of his vehicle at the Mexico-U.S. border.  United States Border Patrol agents found twenty-eight kilograms under his car’s rear seat and packed into the car’s spare tire.  This was allegedly in violation of 21 U.S.C. §§ 952 (illegally importing a controlled substance) and 960 (illegally importing a controlled substance in a vehicle).  He was also charged with possession of marijuana with intent to distribute, in violation of 21 U.S.C. § 841(a)(1).

What One Should Learn from This Article:  Bad facts can make bad law.  In this case, terrible facts led to misuse of a defendant’s rap sheet by a government witness to show knowledge of being involved in a crime due to past arrests.

At trial, Santini argued that he had been tricked into importing the marijuana and he did not know it was there.  He argued that he was easily manipulated due to a traumatic brain injury he suffered years earlier in 2005.

Santini had a clinical psychologist testify at trial that Santini suffered a “severe traumatic brain injury” and that tests showed he had “permanent cognitive deficits” as a result.  The expert further testified that the injury can cause difficulty with “social perception of other people.”  This difficulty, the psychologist testified, allowed others to trick him and most likely, in this case, allowed someone to persuade him to import marijuana into the U.S. without telling Santini what it really was.

The prosecution attempted to rebut this defense expert by introducing testimony from a psychiatrist that the brain injury did not make Santini susceptible to manipulation.

Santini was then convicted and his lawyer appealed on his Santini’s behalf.  Santini’s counsel argued that admission of the prosecution expert’s testimony about Santini’s rap sheet was improper, as it was more prejudicial than probative (as well as speculative).  The prosecution argued that such testimony was admissible under Federal Rule of Evidence 404(b), which allows evidence of prior wrongs to show motive, opportunity, intent, preparation, plan or knowledge or absence of mistake or accident. 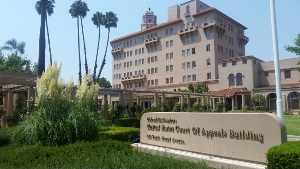 Ninth Circuit Court of Appeals in Pasadena
The Ninth Circuit Court of Appeals in Pasadena, in a decision published September 9, 2011 (2011 DJDAR 13738), agreed with Santini.  Looking at the rap sheet, they found that the statement by the prosecution expert that Santini had extensive law enforcement contacts was far more prejudicial than probative.  The rap sheet, they found, had pre-2005 convictions for simple possession, indecent exposure, traffic offenses and assault.  There were no convictions, in fact, for possession with intent to sell or importation at all, which is far from what the expert seemed to suggest in his testimony.

The logical inference that the prosecution expert seemed to suggest was that Santini may have imported drugs before 2005.  Yet this was not so, found the Ninth Circuit Court of Appeals.  Consequently, the expert’s testimony was improper and Santini’s conviction was vacated.  The case was then remanded for a new trial.

We summarized this case to bring the reader’s attention to what often takes place in the rush and chaos of trial: an expert witness is asked to testify about things that the prosecutor really should have anticipated, but apparently did not.  A good defense attorney was then able to elicit an admission from the expert that he did not know what all the information really meant.

For more information about sales and possession of marijuana, click on the following articles:
For case summaries of selected drug cases our firm has handled, click here.