May a Judge Order Additional Restitution If Defendant Violates Probation?

In the case of Lisa Marie Preston, the judge in Calaveras County revoked probation in three cases, imposed an aggregate prison term of five years and four months, and imposed $900 in additional restitution fines.

Originally, the judge imposed a $200 restitution fund fee in the first case, under Penal Code § 1202.4.  In that case, wherein Ms. Preston pled guilty to felony forgery (Penal Code § 470), the court imposed three years of state prison, but suspended imposition of the prison sentence and placed Ms. Preston on five years of formal probation. 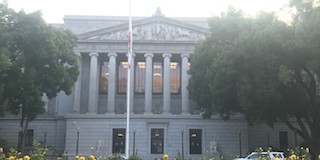 Court of Appeal Third Appellate District Sacramento
In the second case, Preston also pled guilty to forgery (Penal Code § 470(d)).  The court placed Preston on five years of formal probation, conditioned upon her serving one year in county jail.  A $200 restitution fine was then also imposed.
In the third case, Preston pled guilty to one count of felony commercial burglary (P.C. § 459) and one misdemeanor count of false representation of identity to a police officer (Penal Code § 148.9(a)).  The judge put Preston on five years of formal probation and imposed a $200 restitution fine.

All terms of probation were to run concurrent once Preston finished her year in county jail.

Two years after entry of the pleas, the probation department filed petitions to revoke Preston’s probation in all three cases.

After a hearing on all three cases, the judge sustained the petitions and revoked probation.  The judge sentenced Preston to five years, four months in state prison and $900 more in restitution.

Ms. Preston appealed on many grounds to the Third Appellate District Court of Appeals in Sacramento, but this article will only discuss her appeal of the additional $900 in restitution fines ordered.

It also considered People v. Chambers (1998) 65 Cal. App. 4th 819, 822, which interpreted the above Penal Code sections.  In Chambers, defendant pleaded no contest to first degree burglary and was granted probation.  As a condition of probation, Chambers was ordered to pay a $200 restitution fine.

It is important to note to the reader that the restitution fines imposed were not to be paid to direct victims.  Instead, the orders related to payments into a general restitution fund.  However, had the trial court, in ruling on the probation violations, ordered additional fines, such added fines may have been proper.
The citation for the Third Appellate District Court ruling discussed above is People v. Lisa Marie Preston (3d App. Dist., 2015) 239 Cal.App.4th 415.
For more information about probation violations, click on the following articles:
Contact us.