Harvey Rule Not Violated on Restitution Issue in DV Case

Under People v. Harvey (1979) 25 Cal. 3d 754, a defendant who signs a plea bargain allowing a sentencing judge to consider the entire case, including dismissed charges and charges not filed, waives the right to challenge his sentence.

Summary in 45 Words or Less:  A Harvey waiver is often seen as giving a judge carte blanche to impose a harsh sentence because defendant consents to the judge considering dismissed charges in sentencing, most often in the context of restitution or a probation violation, as the following case summary shows.

In People v. Ronald Snow, a felony case out of Yolo County, the sentencing judge awarded $44,994.85 in victim restitution for, among other things, dental bills incurred by the victim when Snow knocked loose the victim’s dental crown with a punch and left eye surgery.  Snow punched the same victim several more times in the jaw, threw her into a chair, choked her and punched the victim so hard her left eye “popped out” of the socket, according to the victim. 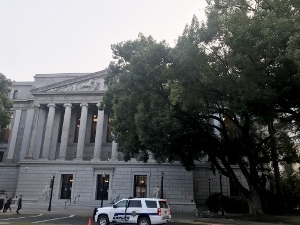 During the course of the case, one of the counts in the case was dismissed dealing with an injury to the victim’s left eye.  However, the restitution award included medical expenses associated with the victim’s left eye injury.  In addition, evidence came out that Snow punched the victim so hard that a dental crown was jarred loose on the victim’s mouth, necessitating dental care.  No charge, however was added to the complaint or the information concerning this punch and the dental work.

Snow then entered into a plea bargain wherein he entered a plea to the false imprisonment charge only and was placed on probation, conditioned upon his serving 120 days in county jail and paying the victim restitution as determined at a restitution hearing.  At the restitution hearing, the sentencing judge heard evidence of all abuse inflicted and awarded almost $45,000.

Snow appealed the award, arguing that the evidence did not support such an award and claiming it should be reduced by $33,280 related to the left eye injury and for the dental crown knocked out.  Snow also argued that a large portion, if not all, of the medical bills to the victim’s left eye were related to a cyst that pre-dated the domestic violence incident.

The Third Appellate District, in People v. Ronald Jean Snow (2012 DJDAR 5603), began its analysis by noting the general principle that a lower court’s restitution award will only be disturbed upon a finding of an abuse of discretion.  No abuse of discretion will be found when there is a factual or rational basis for the amount of restitution order.  There must be a “clean case of abuse” and a "miscarriage of justice” to set aside the award.

Snow contended that an expert was necessary to opine that the left eye condition was caused by him.  The trial court disagreed, as the victim testified that the eye only began to hurt after the attack by defendant.

Turing to the restitution award apportioned to the dental crown, the Appellate Court noted that with a Harvey wavier, defendant gave up his right to contest such damages even though no charge in the case related to the punch that jarred the crown loose.  Under Harvey, the sentencing judge can consider defendant’s entire criminal history in determining restitution, so the trial court’s award was affirmed.