Our client was arrested as she was walking from a small, very expensive women’s clothing boutique near the Manhattan Beach Pier.  She had been in the store and tried on some clothes in the dressing room.  A worker noticed that our client had gone into the dressing room with five items of clothing and came out with two.

The Manhattan Beach Police Department stopped our client as she was walking to her car, presumably to leave the scene before police arrived.  The police officer could see inside the car that there was clothing laying in the backseat of the car and demanded that our client open the car to inspect the clothing.  The client initially said no, but police incorrectly threatened, “We can arrest you right now if we want” and the client opened the car door. 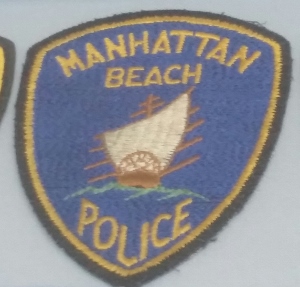 A store employee stood by as police brought out the clothing from the car.  The store employee quickly claimed that it was all from the boutique and stolen, although there were no price tags on the items and our client insisted she had purchased such items from other stores.
As it turned out, the store manager recently had gotten in a fight with our client’s best friend and having our client arrested was the way the store manager used to “even the score” after the fight.

Manhattan Beach Retail Shops
Our client, age 21 and a full-time college student, was charged with misdemeanor grand theft (Penal Code § 487), as the value of the allegedly stolen items exceeded $950, and misdemeanor commercial burglary (Penal Code § 459).  She had a prior criminal history for DUI and presenting a fake I.D. to a police officer.

Our client then hired Greg Hill & Associates to defend her.  Greg Hill & Associates immediately dispatched an employee to the boutique in Manhattan Beach at issue and gave the store a demand to preserve evidence, specifically all inventory records that would show the items found in the client car were previously in the store’s inventory and not sold, as well as any store security tapes that might corroborate the prior thefts alleged.  Our office planned to look over these records, if they were produced to us.

At the arraignment, Greg Hill discussed the unlawful search of the client’s car as a Fourth Amendment violation (the police certainly could have gotten a search warrant instead – there was no exigency to justify bypassing a warrant) and the fact that the store failed to show that any of the items recovered from our client’s car in fact were in inventory at the store earlier and not marked as sold.

After several court appearances in the Torrance Superior Court, one after which Greg Hill filed a motion to suppress evidence under Penal Code § 1538.5 for the warrantless search of the client’s car, Greg Hill was able to persuade the prosecution to dismiss the grand theft charge and reduce the commercial burglary charge to petty theft (Penal Code § 484(a)).

Our client then agreed to withdraw the motion.  In response, the prosecutor then reduced the thirty days in county jail to ten days of community service.  The client accepted the offer, happy to avoid county jail and a grand theft conviction.