Our client, age 41, was returning home to Manhattan Beach from a work-related client meeting in Long Beach.  It was early in the morning.  She was traveling west on Rosecrans Avenue and had just crossed over Sepulveda.

She was less than a half mile away from home when she noticed the flashing lights of a police officer’s car in her rear-view mirror.  She immediately pulled over.  She had no prior criminal history whatsoever. 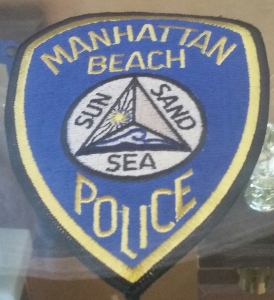 The officer who made the traffic stop was apparently at the end of his shift, so he stopped our client and then called for another officer to replace him.  The other officer arrived and took over the investigation, but not until the first officer told him about the speeding and headlights.

The second officer then administered the field sobriety tests and measured our client’s blood alcohol content (BAC) from her breath, as the scene.  Our client’s BAC was measured at 0.12%, or 1.5 times the legal limit.

Our client was then arrested by this second officer and taken to the Manhattan Beach Police Station.  Her breath was tested there, too, and it measured 0.11%.

Our client, quite shaken up, was released to her husband, who came to the police station and picked her up.  When the police allowed her to leave, she signed a promise to appear in the Torrance Superior Court in about six weeks.

She then called up Greg Hill & Associates and spoke to Greg Hill.  Greg met with the client on a Sunday afternoon, listening to her story and answering her questions.

Greg then wrote letters to the DMV, the Manhattan Beach Police Department and the Torrance District Attorney, requesting copies of the police report and all other related documents, including videos, audio recording and photographs.

Greg then received the police report and immediately realized that the officer writing the police report was not the one who observed our client supposedly speeding or driving without her headlights on.  It appeared as if he was just repeating the story another officer told him, then incorporating it into his story of the arrest.  This was textbook double hearsay.  The second officer had no personal knowledge of our client’s alleged speeding or unilluminated headlights.

Double hearsay is not admissible in a DMV hearing. McNary v. DMV (1996) 45 Cal.App.4th 688.  Greg brought up this argument at the DMV hearing, acknowledging that one layer of hearsay is admissible at such a hearing under Government Code § 11513, but not two layers.

Greg also pointed out that the breath test result from the preliminary alcohol screening (PAS) device used at the scene were inadmissible for the DMV hearing because the officer failed to certify the results or the testing protocol.  The same officer then did not wait the full fifteen minutes before the breath test at the station in violation of Title 17 of the California Code, which is controlling at a DMV hearing.

The DMV ignored these arguments completely, suspending our client’s license for 120 days.

Greg then explained these same issues to the District Attorney in Torrance, who bristled at the thought of a wet reckless plea.  Greg, however, pressed the issue to the young DA’s supervisor, who understood the problems Greg pointed out.  She understood a jury could agree with our client’s arguments and, accordingly, agreed to compromise the claim to a reckless driving (Vehicle Code § 23103, pursuant to § 23103.5, also known as a “wet reckless”).

The client agreed to accept the offer, happy to avoid a DUI on her record and pleased to avoid an ignition interlock device (IID) on her car that would otherwise be a consequence of a conviction for DUI.