Lower Standards for DUI Stop Based on Anonymous 911 Call

One need not have too much imagination to appreciate how a jealous girlfriend, a vengeful husband, a disgruntled co-worker or even a “wanna-be-cop” can make a report of an allegedly unsafe driver and cause police to respond immediately with a traffic stop of the alleged driver.  In other words, the police can become a tool for an ulterior motive.

Without All the Details, What Happened? U.S. Supreme Court Lowers Standards for Allowing a DUI Traffic Stop Based on an Anonymous Call to 911.

Likewise, it promotes public safety if a cell phone user can report an unsafe driver, cause the person to be stopped by police and save lives, including that of the unsafe and possibly DUI driver.

Our courts recognize the principal of promoting public safety is ripe for abuse.  Consequently, it has set certain standards for ensuring that a 911 call, resulting in a traffic stop, does not violate the Fourth Amendment when a search follows that reveals evidence of a crime. 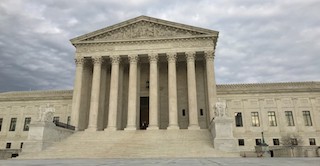 U.S. Supreme Court
Before specifically addressing 911 calls, it is important to understand the general rule that the Fourth Amendment does permit “brief investigative steps such as traffic stops” when a law enforcement officer has a “particularized and objective basis for suspecting the particular person stopped of criminal activity.” United States v. Cortez (1981) 449 U.S. 411, 417-418; see also Terry v. Ohio (1968) 392 U.S. 1, 21-22.
The “reasonable suspicion” required to make such a stop depends upon “both the content of the information possessed by police and its reliability.” Alhambra v. White (1990) 496 U.S. 325, 330.  A “hunch” does not create reasonable suspicion.  Terry, supra, p. 27.

No less of a standard applies to traffic stops based on an anonymous tip.  Such a tip must demonstrate “sufficient indicia of reliability to provide reasonable suspicion to make an investigatory stop.” White, supra, at 327.  In Florida v. J.L. (2000) 529 U.S. 266, for example, the court found that reasonable suspicion did not exist when there was a “bare bones” tip that a young black male in a plaid shirt standing at a bus stop was carrying a gun.  J.L., at 268.  The tipster did not explain how he knew about the gun, nor did he explain anything else to show the reliability of the information.

In the care of Lorenzo Prado Navarette, a CHP officer stopped a pick-up truck occupied by Navarette because it matched the description of a vehicle that a 911 caller claimed “almost ran her off the road.”  The road was Route 1 just south of the Oregon border.  The caller described the truck as a silver F150 and gave its license plate number.  Nothing more.  The truck was going south bound on Route 1.  Twenty miles south of where the caller made the call, the CHP pulled over the pick-up.

The police, as they were walking up to the truck, claimed they smelled marijuana.  The police then searched the truck and found thirty pounds of marijuana.

Navarette was then arrested and charged with violation of Health and Safety Code § 11359, transporting marijuana.  Navarette moved to suppress the evidence, arguing that the traffic stop violated the Fourth Amendment.  The trial court denied the motion.  Navarette then appealed to the First Appellate District Court in California, which affirmed the trial court, concluding that the officer did have reasonable suspicion to conduct an investigative stop.

Mr. Navarette then filed a writ of certiorari to the U.S. Supreme Court.  In Prado Navarette v. California (2014 DJDAR 4912), the Supreme Court affirmed the two lower courts, but not without a strong dissent by Justice Scalia, joined by Justices Ginsburg, Sotomayor and Kagan.

Justice Thomas delivered the court’s opinion.  It stated that the “totality of the circumstances” provided reasonable suspicion to the officer to make the traffic stop.  The opinion described the caller as being reliable because it was an eye witness account.  There was also a short time between the reported incident and the 911 call, suggesting the caller “had little time to fabricate the report.”

Thomas also wrote that a reasonable officer could conclude that a false tipster “would think twice about fabricating a 911 call, which has several technological features that safe guard against making false reports with immunity.”  Lastly, Justice Thomas acknowledged that almost running another car off the road could have alternate explanations (other than DUI), but “reasonable suspicion does not need rule out the possibility of innocent conduct.”  United States v. Arvizu (2002) 534 U.S. 266, 227.

This ruling, we think, is absolutely terrible.  As Justice Scalia ominously pointed out in his dissent, joined by three other justices, “[a]fter today’s opinion, all of us on the road, and not just drug dealers, are at risk of having our freedom of movement curtailed on suspicion of drunkenness, based upon a phone tip, true or false, or a single instance of careless driving.”  Indeed, we’ve think the anonymous tip has been given a powerful boost of power.

Scalia’s dissent ripped the majority opinion apart, noting that there was no indication that the tipster was aware that she could have been identified through the 911 system for a false 911 call.  Furthermore, the 911 caller did not even allege drunk driving.  She only described bad driving, which the officers observed nothing of after following the truck for five minutes (but made a traffic stop nonetheless).
The citation for the U.S. Supreme Court ruling discussed above is Prado Navarette v. California (2014) 572 U.S. 393, 134 S. Ct. 1683.
For more information about anonymous tips and traffic stops in general, click on the following articles:
Contact Greg Hill & Associates