Our client was arrested after contacting a female on Craigslist for a potential “date.”  The Craigslist posting used street vernacular names for drugs such as "I love snowy days" and "Ecitment " and the context of date was basically a pretext for consensual sex, often extramarital.

Our client responded to the ad by describing himself “as tall, athletic and well-built” (he was five foot, eight and 150 pounds) and asking if the female liked "snow flurries" or "hard candy" (street vernacular for powder cocaine and rock cocaine).  The "female" then invited him to come over to her home and watch a Lakers game with her.

The Reader’s Digest Version:  Client arrested with ten grams of cocaine while responding to a Craigslist posting from a female soliciting companionship and asking that the john bring cocaine.  Thus, an arrest of possession for sales was made and our client resolved the felony case with 150 hours of Cal-Trans.

The Craigslist posting included pictures of the female in tight-fitting clothes that suggested she was perhaps interested in more than just drugs.

Our client agreed to go and meet the female in Los Feliz.  Upon arrival, our client was told by text messages from the "female" to open a gate and she would be there.  When he opened the gate, he was greeted by two Los Angeles Police Department detectives, who placed him under arrest.

The police decoy had succeeded.  Police then searched our client’s pockets and found about ten grams of cocaine.  He was also carrying roses.

The client, age 33, was devastated.  He did have a prior criminal history, but he had gone several years with no police contact and was trying to live a law-abiding life.  This slip-up wiped away his progress.

It merits mention that in the time since this case was resolved, Health and Safety Code § 11379 has been amended to add a requirement that the transportation of the controlled substance be for purposes of sales, which, here was debatable.  Obviously, our client was not expecting any money from the female, but her Craigslist advertisement did suggest sex would be exchanged for the drugs, which is a form of sales.

Greg Hill wrote several letters to the District Attorney’s office in Los Angeles about the case and its problems.  For example, the police never received consent to search our client’s pockets and he did not pose any threat to officers, so a frisk of him under Terry v. Ohio was improper.  After all, he was carrying roses at the time.  The police report also did not articulate anything that created an exigent circumstance to search him.  Police just detained him and stuck their hands into his pockets within seconds.  After all, they were arresting about fifteen guys with the same Craigslist posting the same afternoon at the same location. 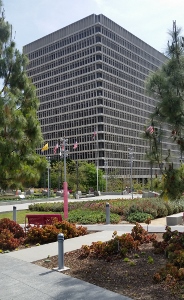 Greg Hill regarded that offer as far too harsh, so he approached the judge and detailed all the flaws and problems with the case.  The judge agreed with Mr. Hill and recommended a plea bargain for our client in which he pled to the 11379 count, the 11352 count was dismissed and the client was assigned just 150 hours of Cal-Trans and a $250 fine.  The prosecutor took the hint and made that the offer, which our client gladly accepted.

Had our client fought his case at trial and been found guilty, he faced a maximum of 6 years in prison.  Had this case been fought and lost a few years later, after AB109 was passed, he would have served his prison sentence in county jail.  The client was grateful that Greg pushed the plea negotiations right up to involving the judge, which helped reduce the terms considerably for the client.