Our client was a “sobrador,” or masseuse in the Hispanic community.  He was 72 years old.  An 87 year old lady came to his Wilmington apartment, where he provided such services.

The older lady complained of low back pain and hip discomfort.  Our client had her lay on a bed and he began massaging her back and waist area.  He then inserted his fingers in her vagina, as he explained, “to get at the nerves” that cause such lower back pain and hip pain.

The older lady claimed she screamed and scolded him for doing such a thing without permission.  The massage then continued and she paid him in full, with a tip, too.  The total amount tendered was $20 or $25.

Prior to the massage, our client provided no oral or written warning of the scope of his “massage.”  He also did not get any written consent for treatment.  Apparently, our research revealed, sobradors commonly try to “get at the nerves” through a woman’s vagina.  Some women believe such treatment works.

About a week later, our client was asked to report to the Harbor Division office of the LAPD.  Our client had no prior record for any sex crime or even a battery.  Once there, a police officer handed him a phone.  On the line was the older lady he had massaged about a week earlier. 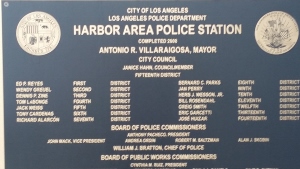 The lady asked him why he did what he did.  Our client explained that he was trying to “get at the nerves” to help her lower back and hip pain.  The call was recorded as our client admitted and defended such conduct.

A few days later, our client was quickly arrested on two charges of violating Penal Code § 289(d).  Bail was set at $200,000 and his family was unable to post the amount necessary for a bond.

The client initially opted to use the public defender as his counsel, but the best offer she could plea bargain was eight years at 85%.

Greg Hill was substituted in as counsel of record at the Preliminary Hearing.  Following the testimony of the victim, Greg made a motion to dismiss one of the two charges with a motion to reduce bail if the one charge was dismissed.  The Long Beach judge granted the motion and reduced bail to $100,000, which our client was able to post.

The client’s family was happy that our client was able to return home, especially because our client had many medical conditions that he believed the jail was not properly treating.

The case remained pending, however, and Greg was ultimately able to negotiate a plea bargain to three years, with a condition that the maximum he would serve would be half the time.  The client accepted the offer rather than proceed to trial and face a maximum possible sentence of sixteen years at 85%, which for a person of his age would be a life sentence.  Had our client proceeded to trial, he also faced a possible life sentence for a violation of Penal Code § 289(a)(1), sexual penetration against one’s will by force or threat.

While a year and a half, at maximum, still seemed like an unfair sentence to our client and his family, who insisted his conduct was for medical purposes only, it was a much lower time in custody than had he insisted upon taking the case to trial and lost.