Our client, age 42 and from San Francisco, was in town with his family for a day before beginning a nine-day cruise the following day.  His parents, his children and his cousin were all together the day before leaving for Mexico on a big cruise ship.
The group decided to have dinner together in the downtown Long Beach area on Pine Avenue.  They had their dinner and then our client and his cousin decided to stay in the Pine Avenue area to have a few drinks before returning to the hotel.
The two stayed until about 1:30 a.m. and then decided to walk back to the hotel along Ocean Avenue, which was just a few blocks away.  As the two left the bar (Shannon’s), our client felt the need to use the bathroom.  He apologized to his cousin that he needed to go back in Shannon’s to use the restroom before they walked back to the hotel.
The doorman at Shannon’s, however, refused to allow our client back in the bar.  The client then just decided to do his best to walk back to the hotel.  About a block into their walk, our client decided he should find a dark place and urinate instead of walking all the way back to the hotel in his uncomfortable state.  So, he found an alley  and ducked into it about twenty feet, on the other side of a dumpster so the light from Ocean Avenue did not illuminate him while he relieved himself.
This seemed like a good way to take care of the problem, but as our client was buckling up his pants, a uniformed Long Beach Police Department officer drove up into the alley and stopped alongside our client.  The officer immediately asked our client if he had just urinated and our client candidly said he indeed just had.
The officer then put his car in park and got out, asking our client for his driver’s license.  Our client was shocked, but complied.  He asked the police officer if he was about to get a ticket and the officer said that was exactly what he was going to issue.
The officer then scribbled out the ticket and handed it to our client for his signature.  Our client glumly signed his name, promising to appear in the Long Beach courthouse in about three months.  He and his cousin then finished their walk back to the hotel.
The next morning, before the client and his extended family left for the cruise, the client called Greg Hill & Associates.  It was a Saturday morning.  He spoke with Greg Hill and asked explained what had happened.  As he was a convicted felon (a conviction for possession of cocaine many years earlier), he thought he needed to appear in person in court.  Greg explained that this was not required on a misdemeanor such as a violation of 9.25.010, the Long Beach Municipal Code section at issue.  The client then had a further few questions about what he needed to do because he lived in San Francisco, if anything.
Greg recommended that the client attend ten Alcoholics Anonymous (AA) meetings prior to the arraignment and give Greg the proof of  this before he went to court for the client.
The client then went on the cruise, returned to San Francisco and promptly attended ten AA meetings, mailing Greg the proof six weeks before the arraignment.
Greg then wrote letters to the Long Beach Police Department (which issued the ticket) and the Long Beach City Prosecutor’s Office (which would prosecutor the case), asking for a no file on the case and, in the alternative, asking for an office hearing to resolve the case.  Greg enclosed the proof of our client attending ten AA meetings and explained that since our client lived in San Francisco, it was unlikely that he would repeat his conduct here at any time, as he was certainly aware of how strict the police are in issuing such citations here. 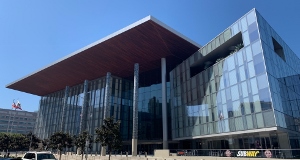 Neither the Long Beach Police Department nor the Long Beach City Prosecutor’s Office responded to Greg’s letters.
However, on the day of the arraignment, Greg was pleased to find that no case had been filed against our client, perhaps due to the letter Greg prepared and sent to each entity involved in the ticket and its prosecution.
The client was greatly relieved that no action came about because of his urinating in public.
For more information about public urination, please click on the following articles:
Contact us.