Our client had driven from Orange County up to Long Beach for an evening with his wife and college friends from years ago.  He and his friends now had families and children so it was time to catch up.  His friends had not even met his wife yet.  This type of evening was something our client really looked forward to.

In a Nutshell: Long Beach, public urination (Long Beach Municipal Code Section 9.25.010) by Shoreline Marina, between two parked cars, reduction in fine to $25 and an infraction.

Our client left his kids back at home with a baby-sitter, who they promised to return home to no later than midnight.

As is not uncommon, an evening with old friends stretched easily into the night.  There was a small amount of drinking, but responsibly so.  Our client suddenly realized what time it was and hurriedly left with his wife.  As the two were walking to the car, our client realized he should have made a trip to the men’s room before leaving, but in his haste to leave quickly had forgotten. 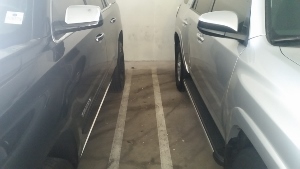 He and his wife were running late in getting home, so our client made a hasty decision to urinate between two parked cars in the parking lot near his own car.  He was in a hurry to get home, so he did not look around before doing so.  Had he done so, he would have noticed a police officer only ten or fifteen feet away, watching what was happening.

As luck would have it, the police officer observed our client urinating and approached him once he was finished.  Our client was quite surprised and apologized several times, but it did not seem to have any effect on the officer, who wrote him up for a violation of Long Beach Municipal Code § 9.25.010, an infraction.  Our client signed a promise to appear in the Long Beach Superior Court about six weeks later.  The police officer then handed him a copy of the ticket.

The client was extremely embarrassed and confused as to how to handle the citation.  He called Greg Hill & Associates and spoke with Greg Hill about the problem.  Our client had no prior record.  He had a good job and worked hard.

Greg recommended that the client attend ten Alcoholics Anonymous (AA) meetings, the sooner the better, as the conduct was presumably caused by a night of drinking, or at least insofar as the prosecutor would surely presume or agree.  Therefore, attending such meetings shows an attempt to address the root cause of the need to urinate and the poor judgement that often accompanies consumption of alcohol.   Greg also suggested the client write a very short handwritten essay on why public urination is illegal.

The client then attended the ten AA meetings as suggested and wrote a short essay on why public urination is illegal in Long Beach.  His essay was really pretty good and discussed how the low rainfall here meant the smell of urine was not quickly diluted by rain and washed away as it may be in rainier areas.

Greg then appeared for the client in the Long Beach Superior Court at the arraignment and showed the Long Beach City Prosecutor and the judge our client’s AA sign in sheet and short essay.  The judge was favorably impressed.

Greg then pled in the open to the court.  The judge reduced the fine to $25, plus penalties and assessments, which meant the total owed was just over $120.  It merits mention that this fine is considerably less than in almost every other court in Los Angeles and Orange County for the same offense.

It should be noted for the reader of this summary that the client pled to an infraction, so he avoided probation, which he was happy with for purposes of employment.  In our experience, employers are often concerned with having an employee on probation because if the employee fails to comply with the conditions of employment and is picked up on a bench warrant, the employee could miss quite a bit of work.

In one year, our client would be eligible for expungement of the infraction.  He was pleased with the result.