Our client, age sixteen and a mother of a two-month old little girl, was accused of child abuse by her pediatrician when the doctor noticed a cut to the baby’s face and lip that did not appear to be attributable to an everyday event.  The cut was rather deep.  The doctor was under certain mandatory reporting obligations by statute that required he make such a report of suspected child abuse as a health care provider.

After examining the cut, the doctor asked our client how the cut was incurred.  The client admitted to the doctor that she had become frustrated with her daughter’s crying and threw a bottle half-filled with milk at her from across the room.  The baby was in a car seat in her apartment (that she shared with her boyfriend, the baby’s father) and the bottle hit the carrier, bouncing up into the baby’s face and cutting her face and lip.

The Long Beach Police Department then immediately went to our client’s home to investigate.  Our client became quite worried, as she was worried that the police would take her away from her daughter.  Our client had abused drugs and alcohol in the past and had been arrested before.  The police knew who she was and she feared they would jump to conclusions that she had intentionally abused her little girl. 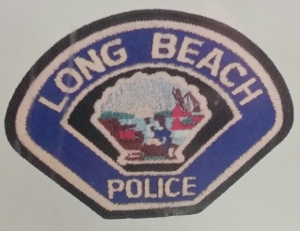 Our client tried to shut the door and call our office, but police pushed their way into the house.  Officers then asked to see the baby.  They also asked our client several questions about the infant’s injuries, which included a bruise and a scab to the lip.

While the officers were at the location, a Los Angeles County social worker arrived, interviewed our client and decided to take the baby into DCFS (Department of Child & Family Services) custody.  Our client cried hysterically and even physically tried to fight the social worker, but police intervened to restrain our client.  The social worker then left with the baby.

Our client called our office when the Long Beach Police asked to interview her a second time.  Greg Hill went to the police station for the second interview and was told that our client faced felony domestic violence charges in juvenile court.  She was then taken into custody from the police station.

Two days later, the client was arraigned and charged with one count of Child Abuse (Penal Code § 273 (a)), but luckily, as only a misdemeanor.

Greg Hill then negotiated a plea bargain for our client in which she agreed to admit the allegation (this is the same as a plea no contest in adult court) of violating Penal Code § 273(a), given two years of formal probation, ordered to pay a small fine, ordered to complete high school and complete a three month residential drug rehabilitation program.  As part of the plea bargain, our client’s daughter would be returned to her upon her completion of the residential drug rehabilitation program.  Our client indeed did later complete the rehabilitation program and she was reunited with her child.

Had our client fought her case at trial and been found guilty (by the judge, as there are no juries in juvenile court), she faced a maximum of six months in the California Youth Authority, as the case was considered quite serious by the judge.  The client was very happy with the resolution, commenting to us later that resolving the case with a residential drug treatment program was something she needed before her daughter got older and could remember what was happening.