Our client, age 21, was driving a car while drunk through Long Beach.  He had three passengers, also each equally if not more drunk and high.  As the traffic light facing our client turned red, he kept going through the intersection, well after the light had changed.  It was 2:00 p.m. in the afternoon.  It was a weekday.

Traffic crossed in front of him and he t-boned the other car.  The cars spun around and came to a stop.  Our client and his three passengers, all his friends, exited their vehicle and ran away, leaving our client’s car behind, totaled.  Each passenger ran in a different direction, said witnesses.

The four occupants of the other vehicle suffered moderate injuries such as bruises and sprains.  Luckily, no one was injured to the extent that medical care was needed.  Each declined treatment at the scene by an ambulance crew that arrived.
The unlucky passenger in our client’s vehicle was prosecuted for not only felony DUI (Vehicle Code § 23153), but Vehicle Code § 20002 (Felony Hit and Run).  This passenger protested his innocence and our client retained us. 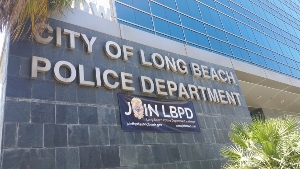 It merits mention that Greg Hill was adamant that our client would not waive his Fifth Amendment right to remain silent.  He would not be a witness against himself.  Our client was thoroughly briefed on what to say to any detective who attempted to contact him despite our notice to the Long Beach Police Department that our client was represented by counsel.  While we appreciated coming forward to accept accountability for the crime, we also had to respect our client’s wishes to remain silent.

Counsel for the unlucky driver even contacted the Long Beach Police Department to re-open the case, but once they learned that our client was represented by counsel, they refused.  After all, they had a high blood alcohol content (BAC) on the passenger that they believed was the driver and he had a prior criminal history, too.  Our client, in contrast, never had his blood or breath tested.  He also had no prior criminal history.

Our client was happy with the District Attorney’s decision, as he avoided prosecution because the detectives knew they our office would never allow our client to admit his role and face up to four years in prison for felony DUI.

To this day, it remains a bit of a mystery why the prosecutor dropped charges against the passenger despite multiple witness statements identifying him as the driver.  This was made all the more remarkable because our client was much taller than the passenger and each witness identified the driver as short.  Both our client and the passenger, however, wore their hair in a long pony-tail.